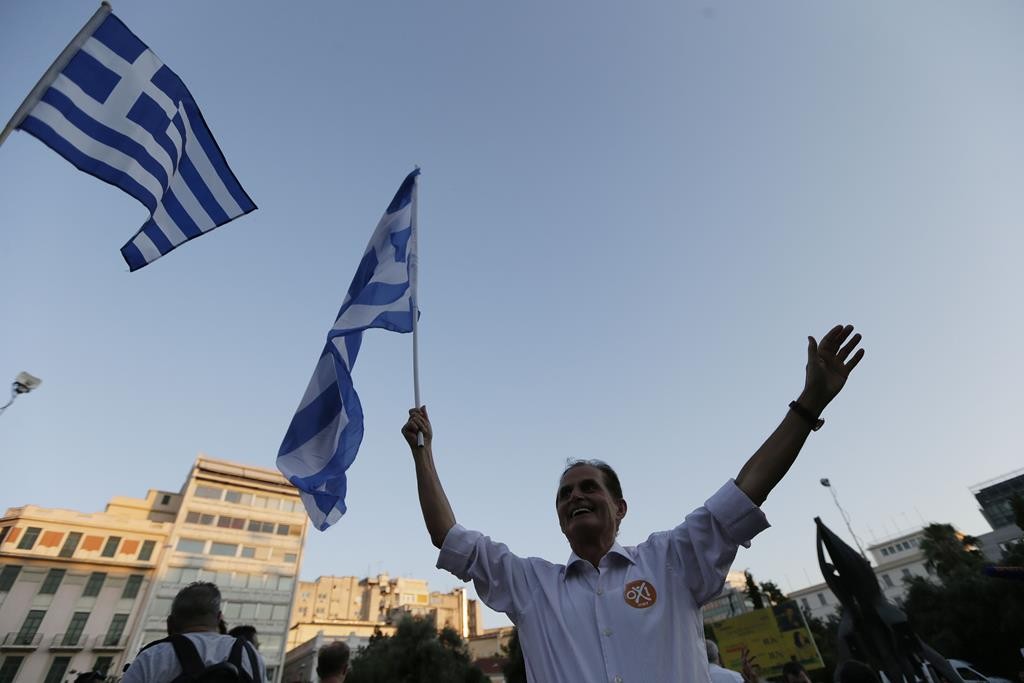 Greeks voted overwhelmingly on Sunday to reject terms of a bailout, risking financial ruin in a show of defiance that could splinter Europe.

With nearly all of the votes counted, official figures showed over 60 percent of Greeks rejecting the bailout offer.

The astonishingly strong victory by the ‘No’ camp overturned opinion polls that had predicted an outcome too close to call. It leaves Greece in uncharted waters: risking financial and political isolation within the euro zone and a banking collapse if creditors refuse further aid.

But for millions of Greeks the outcome was an angry message to creditors that Greece can no longer accept repeated rounds of austerity that, in five years, had left one in four without a job. Prime Minister Alexis Tsipras has denounced the price paid for aid as “blackmail” and a national “humiliation.”

Hundreds of Greeks began pouring into the central Syntagma square in front of parliament to celebrate, after a week of building desperation as banks were shut and cash withdrawals rationed to prevent a collapse of the Greek financial system.

Officials from the Greek government, which had argued that a ‘No’ vote would strengthen its hand to secure a better deal from international creditors after months of wrangling, immediately said they would try to restart talks with European partners.

“I believe there is no Greek today who is not proud, because regardless of what he voted he showed that this country above all respects democracy,” Labor Minister Panos Skourletis said.

But euro zone officials shot down any prospect of a quick resumption of talks. One official said there were no plans for an emergency meeting of euro zone finance ministers on Monday, adding the vote outcome meant the ministers “would not know what to discuss.”

Many of Athens’ partners have warned over the past week that a ‘No’ vote would mean cutting bridges with Europe and driving Greece’s crippled financial system into outright bankruptcy, dramatically worsening the country’s economic depression.

The result also delivers a hammer blow to the European Union’s grand single currency project. Intended to be permanent and unbreakable when it was created 15 years ago, the euro zone could now be on the point of losing its first member with the risk of further unraveling to come.

A ‘No’ vote puts Greece and the euro zone in uncharted waters. Unable to borrow money on capital markets, Greece has one of the world’s highest levels of public debt. The International Monetary Fund warned last week that it would need massive debt relief and 50 billion euros in fresh funds.

Greek officials see the IMF report as a vital support for their argument that the bailout terms as they stood would merely have driven Greece further into depression.

Tsipras called the referendum eight days ago after rejecting the tough terms offered by international creditors as the price for releasing billions of euros in bailout funds.

He denounced the bailout terms as an “ultimatum” and his argument that a ‘No’ vote would allow the government to get a better deal appears to have convinced many Greeks, particularly among younger voters who have been ravaged by unemployment levels of nearly 50 percent.

“I have been jobless for nearly four years and was telling myself to be patient,” said 43-year-old Eleni Deligainni, who said she voted ‘No’. “But we’ve had enough deprivation and unemployment.”

Opinion polls over the months have shown a large majority of Greeks want to remain in the euro.

But, exhausted and angry after five years of cuts, falling living standards and rising taxes imposed under successive bailout programs, many appear to have shrugged off the warnings of disaster, trusting that a deal can still be reached.