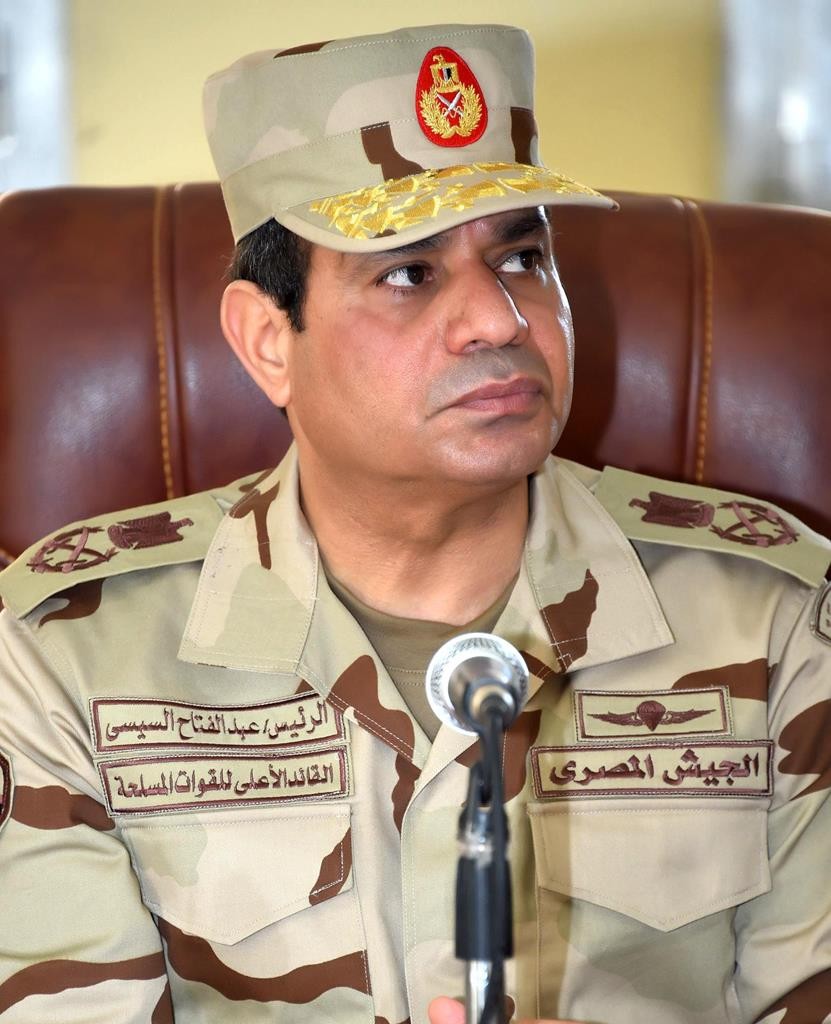 President Abdel-Fattah el-Sissi, wearing battle dress for the first time in over a year, said Saturday that Egypt had foiled an attempt by the Islamic State group to seize territory and set up an extremist state with its recent assault on the military in the troubled northeastern part of the Sinai Peninsula.

In combat fatigues he had said he hung up for good when he ran for president, the general-turned-politician met members of the army and delivered a broadcasted speech to troops in Sinai, his first public comments on Wednesday’s unprecedented attack.

The group had tried to announce “an Islamic state, in their concept, an Islamic State in Sinai,” he said. “These are the messages, very simply, that they are putting out to us,” adding that the area was now under control.

El-Sissi praised the troops for “foiling a very big plan.”

“No one can impose on the Egyptians something they don’t want,” he said. “To reach the Egyptians they have to pass through the army, the sons of Egypt.”

The army said 17 soldiers and over 100 terrorists were killed in Wednesday’s brazen attack in Sinai, although before the release of its official statement, several senior security officials from multiple branches of Egypt’s forces in the area had said that scores more troops also died in the fighting.

The assault, which was claimed by an Islamic State group affiliate, lasted a whole day and was unprecedented in its size and coordination. The attack hit a string of army checkpoints and involved multiple suicide bombings and the siege of a main police station with heavy weapons.

Meanwhile, in Sinai, violence continued Saturday. A bomb exploded next to a power station in Sheikh Zuweid, killing two workers and injuring another, security officials said.

And in Rafah, a city on the border with the Gaza Strip, they said a roadside bomb exploded near a civilian home Saturday, killing a child and wounding four others. They spoke anonymously because regulations did not permit them to release the information otherwise.

Also Saturday, the Islamic State affiliate in the Sinai said it had fired three Grad rockets at Israel a day earlier.