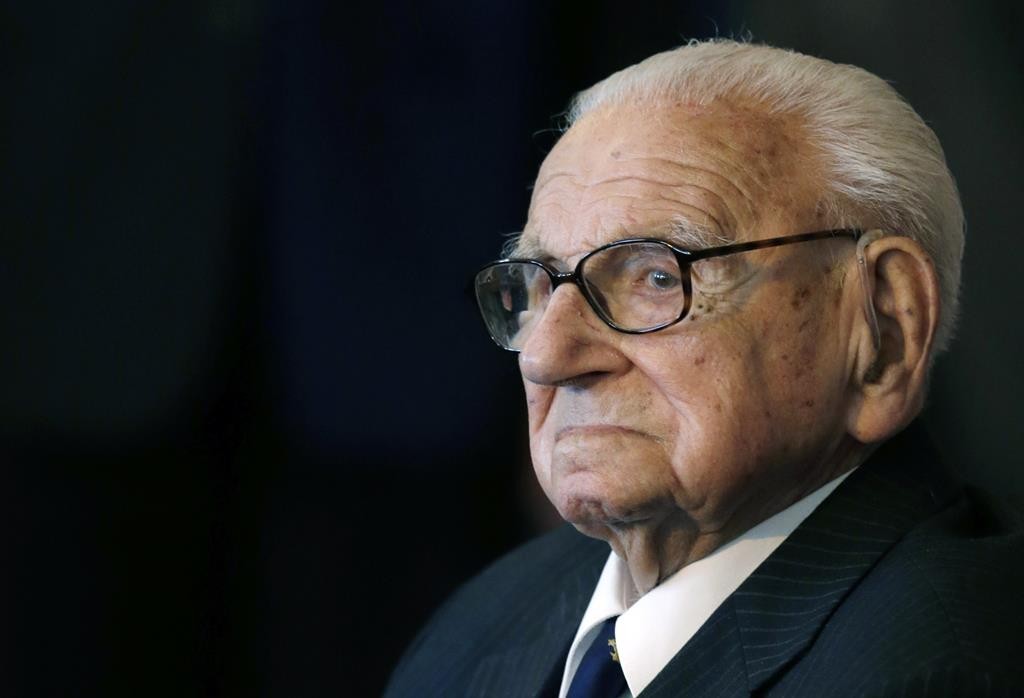 He was just a 29-year-old clerk at the London Stock Exchange when he faced the challenge of a lifetime. Traveling with a friend to Czechoslovakia in 1938, as the drums of impending war echoed around Europe, Nicholas Winton undertook a heroic mission.

Winton would almost single-handedly save more than 650 Jewish children from the Holocaust. He died Wednesday at age 106 in a hospital near Maidenhead, his hometown west of London, his family said.

Winton arranged trains to carry children from Nazi-occupied Prague to Britain, battling bureaucracy at both ends and saving them from almost certain death. He then kept quiet about his exploits for a half-century.

In Israel, President Reuven Rivlin said Winton will be remembered as a hero from “those darkest of times.”

“[He] was a man who valued human life above all else, and there are those who are alive today who are testament to his dedication and sacrifice,” Rivlin said.

Born in London on May 19, 1909, to parents of German Jewish descent, Winton himself was raised as a Christian.

For almost 50 years, Winton said nothing about what he had done before the war. It only emerged in 1988 when his wife Grete found documents in the attic of their home.

Winton’s wife persuaded him to have his story documented. It became well-known in Britain after the BBC tracked down dozens of “Nicky’s Children” and arranged an emotional reunion. Winton was knighted by Queen Elizabeth II in 2003 and also honored in the Czech Republic, where last year he received the country’s highest state honor, the Order of the White Lion.

Winton continued to attend Kindertransport events in Britain and the Czech Republic well beyond his 100th birthday.

Still, he rejected the description of himself as a hero, insisting that his life had never been in danger.

“At the time, everybody said, ‘Isn’t it wonderful what you’ve done for the Jews? You saved all these Jewish people,’” Winton said. “When it was first said to me, it came almost as a revelation. Because I didn’t do it particularly for that reason. I was there to save children.”