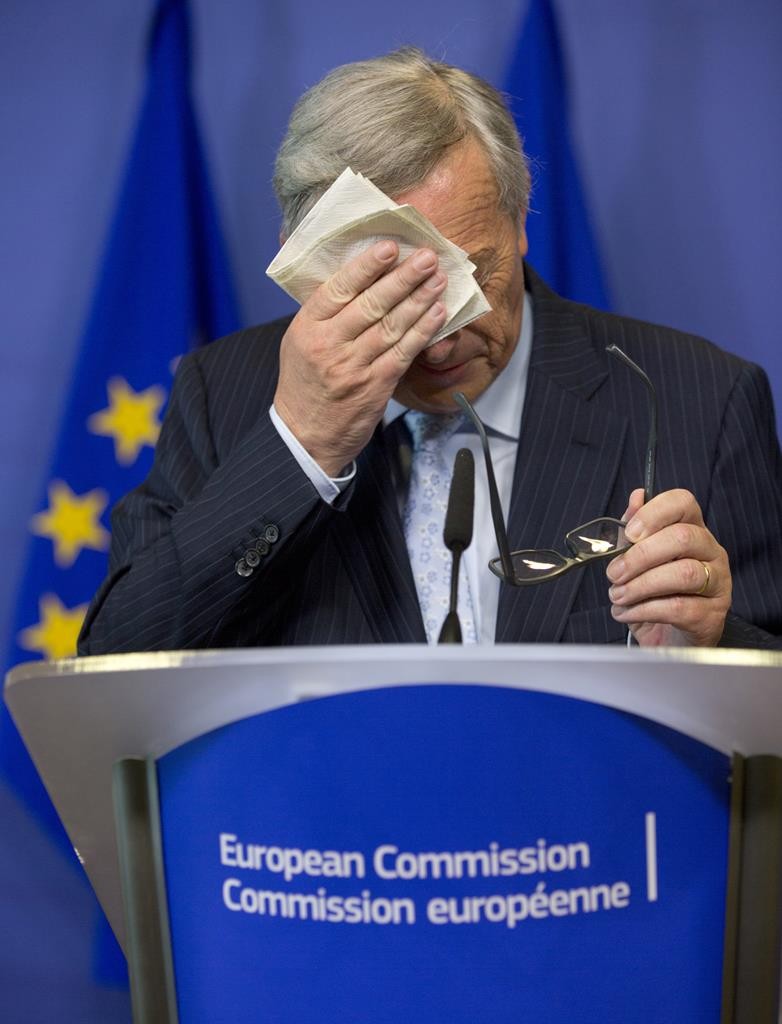 A defiant Prime Minister Alexis Tsipras urged Greeks on Wednesday to reject an international bailout deal, wrecking any prospect of repairing broken relations with EU partners before a referendum on Sunday that may decide Greece’s future in Europe.

Less than 24 hours after he wrote a conciliatory letter to creditors asking for a new bailout that would accept many of their terms, Tsipras abruptly switched back into combative mode in a media address.

Greece was being “blackmailed”, he said, quashing talk that he might delay the vote, call it off or urge Greeks to vote yes.

The remarks added to the frantic and at times surreal atmosphere of recent days in which acrimonious messages from the leftist government have alternated with late-night offers of concessions to restart negotiations.

A day after Greece became the first advanced economy to default on debt to the IMF, long lines at cash machines provided a stark visual symbol of the pressure on Tsipras, who came to power in January vowing to end austerity and protect the poor.

“A ‘No’ vote is a decisive step towards a better agreement that we aim to sign right after Sunday’s result,” he said, rejecting repeated warnings from European partners that the referendum would effectively be a vote on whether Greece stays in the euro or returns to the drachma.

European Council President Donald Tusk retorted in a tweet: “Europe wants to help Greece. But cannot help anyone against their own will. Let’s wait for the results of the Greek referendum.”