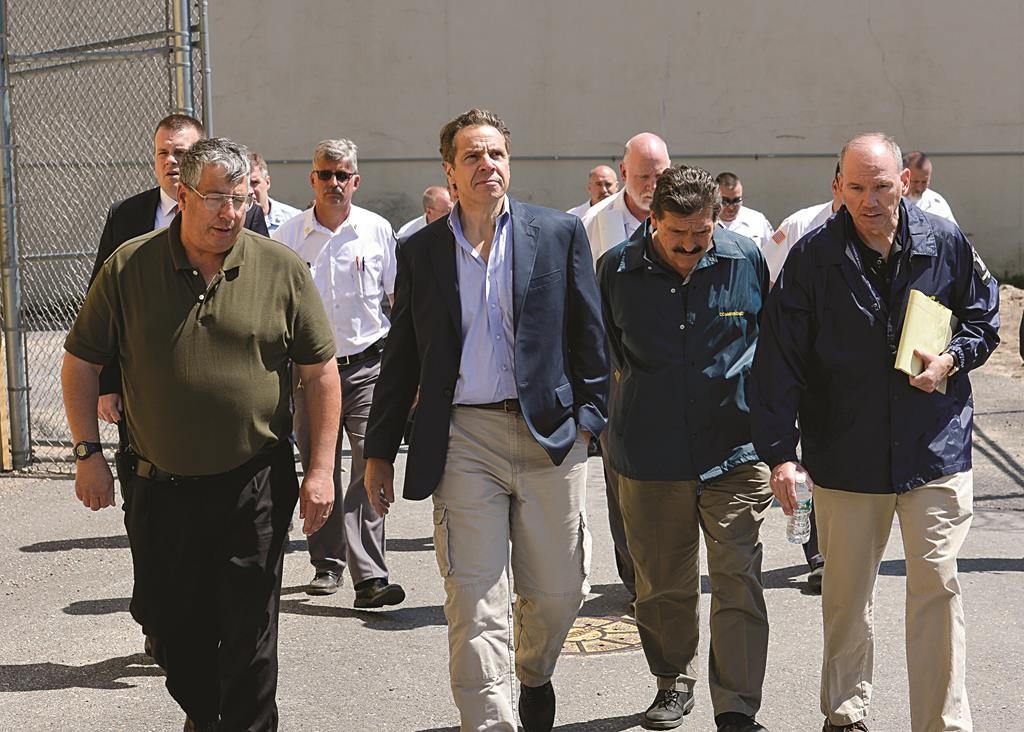 The superintendent at the prison where two killers broke out has been placed on leave along with his security chief and 10 other staff members amid an internal investigation into how the inmates pulled off the daring escape, a state official said Tuesday.

The 12-member group is in addition to the guard and the prison tailor shop instructor, who have been arrested on charges they helped the escapees.

Meanwhile, the surviving convict, David Sweat, claimed from his hospital bed that he used no power tools to cut his way out, contrary to what authorities have been saying all along.

Sweat was wounded and captured Sunday near the Canadian border after three weeks on the run. His accomplice, Richard Matt, was shot to death last week.

A state official who was briefed on the matter said Steven Racette, the $132,000-a-year superintendent of the Clinton Correctional Facility in Dannemora, was removed along with Stephen Brown, deputy superintendent in charge of security. The official wasn’t authorized to discuss the matter publicly and spoke on condition of anonymity.

The Corrections Department said only that three executives and nine other staff members were placed on leave as part of a review of the June 6 escape. It did not identify them. The department said it is bringing in new leadership.

Cherie Racette, the superintendent’s wife, told the Adirondack Daily Enterprise he was given the option of taking a demotion or retiring and chose retirement. She said he and two deputies are being made scapegoats by Gov. Andrew Cuomo.

Brown did not immediately return a call for comment.

Sweat’s condition was upgraded from serious to fair at the Albany hospital where he was taken after being shot twice by a state trooper.

Matt and Sweat cut holes in their cells and a steam pipe and made their way under the walls of the maximum-security prison to a manhole outside in a breakout that embarrassed the Corrections Department, exposed a host of possible security lapses and set off a manhunt involving more than 1,000 law enforcement officers.

Soon after the breakout, the governor ordered the state’s inspector general to investigate factors that may have led to the escape. The inspector general’s inquiry is separate from the criminal investigation, but any evidence of criminal activity will be turned over to prosecutors.

Prosecutors have said tailor shop instructor Joyce Mitchell supplied them with hacksaw blades and other tools, and agreed to be their getaway driver, but backed out at the last moment. She has pleaded not guilty.

Guard Gene Palmer was also arrested, telling investigators he gave the convicts such things as tools, art supplies and access to a catwalk electrical box in exchange for paintings by Matt. But he said he never knew of their escape plans.

Sweat, 35, had been serving life without parole in the killing of a sheriff’s deputy. Matt, 49, was doing 25 years to life for the kidnapping and dismemberment of his former boss.