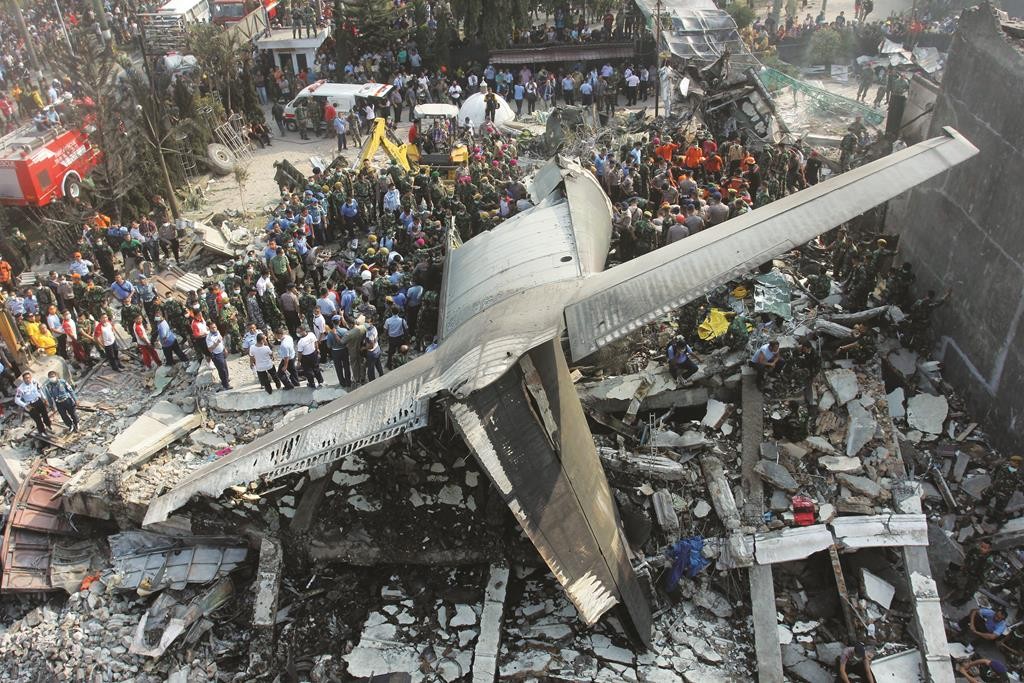 Rescuers with heavy machinery searched a shattered residential neighborhood Tuesday for any survivors from an Indonesian air force transport plane that crashed shortly after takeoff and killed more than 70 people.

The C-130 Hercules, carrying military personnel and their families, went down in Indonesia’s third-largest city of Medan, striking a building. Witness accounts suggested the plane suffered an engine fire before crashing.

Air force spokesman Rear Marshal Dwi Badarmanto said 74 bodies were recovered. About 30 of the dead were identified and included air force personnel and relatives, he added.

Air force officials said more than 100 people may have been on the C-130, but there was little hope of finding survivors. It is unclear how many people on the ground were killed.

The crash of the transport plane, which had been in service since 1964, occurred only two minutes after it took off from Soewondo air force base around midday.

The pilot told the control tower that he needed to turn back because of engine trouble, said air force Chief Air Marshal Agus Supriatna.

“The plane crashed while it was turning right to return to the airport,” he said.

Many passengers were relatives of military personnel. Hitching rides on military planes to reach remote destinations is common in Indonesia, a sprawling archipelago that spans three time zones.

Medan is the third most populous city in Indonesia after Jakarta and Surabaya.