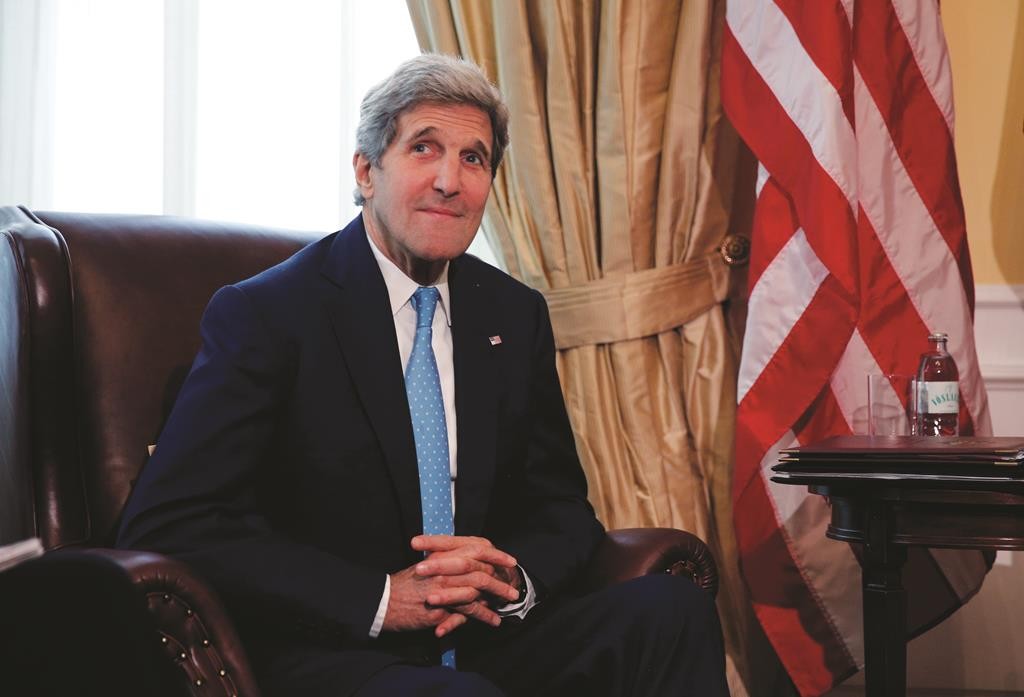 Iran and world powers gave themselves an extra week to reach a nuclear accord, extending a deadline due to expire on Tuesday, while President Barack Obama said there would be no deal if all pathways to an Iranian nuclear weapon were not cut off.

With talks in the final stretch, Iran’s president Hassan Rouhani also spoke out, saying his country would resume suspended atomic work if the West breaks its promises.

Iran and six world powers are working towards an accord that would see Tehran halt sensitive nuclear work for at least a decade in exchange for the lifting of economic sanctions, potentially the biggest breakthrough in decades of hostility between Washington and Tehran.

“Ultimately this is going to be up to the Iranians” to meet the requirements set out by the international community, Obama said during a news conference in Washington.

Obama’s remarks were likely to be seen as a response to Iran’s Supreme Leader Ayatollah Ali Khamenei, who last week seemed to place a hurdle in front of the talks by ruling out either a long freeze of sensitive nuclear work or opening military sites to inspectors.

President Rouhani, elected two years ago on promises to reduce Iran’s international isolation, said on Tuesday Tehran would resume halted nuclear work immediately if the powers failed to keep their promises under any accord.

“If we reach a deal, both sides should be committed to it,” Rouhani said in Tehran, the state news agency IRNA reported. “If the other side breaches the deal, we will go back to the old path, stronger than what they can imagine.”

Rouhani has been a strong supporter of negotiations but has less power in Iran than the more hardline Khamenei.

In a positive sign for the talks, Western diplomats said the International Atomic Energy Agency (IAEA) was expected to report next month that Iran had complied with a preliminary deal to reduce its low-enriched uranium stockpile.

An IAEA report in May said the stockpile had increased above the required level, but Tehran met a June 30 deadline to reduce it, the diplomats said on condition of anonymity.

Tuesday was the official deadline to reach a long-term deal that would build on the preliminary agreement. But with the prize tantalizingly close and the atmosphere seemingly positive, the week-long extension came as no great surprise.

State Department spokeswoman Marie Harf said the sides had agreed to extend the preliminary agreement “until July 7 to allow more time for negotiations to reach a long-term solution”.

A successful negotiation could help ease decades of hostility between Iran and the United States. But many U.S. allies in the region, including Israel and Saudi Arabia, are skeptical, as are hardliners in both Washington and Tehran.

The powers negotiating with Iran are the five U.N. Security Council permanent members — Britain, China, France, Russia and the United States — plus Germany.

Washington, as the superpower most at odds with Tehran, has played a central role. The preliminary deal arose out of initially secret talks between the two countries that have not had normal diplomatic ties since Iranian revolutionaries stormed the U.S. embassy in Tehran in 1979.

Western countries suspect Iran of seeking the capability to make a nuclear weapon.

Secretary of State John Kerry, on crutches with a broken leg, resumed negotiations on Tuesday with Iranian Foreign Minister Mohammad Javad Zarif, who returned in the morning from consultations in Tehran.

Zarif flew in with Iran’s nuclear chief Ali Akbar Salehi, who is still recovering from major surgery in May. The two immediately went into almost two hours of private talks with Kerry.

“I am here to get a final deal, and I think we can,” Zarif told reporters.”