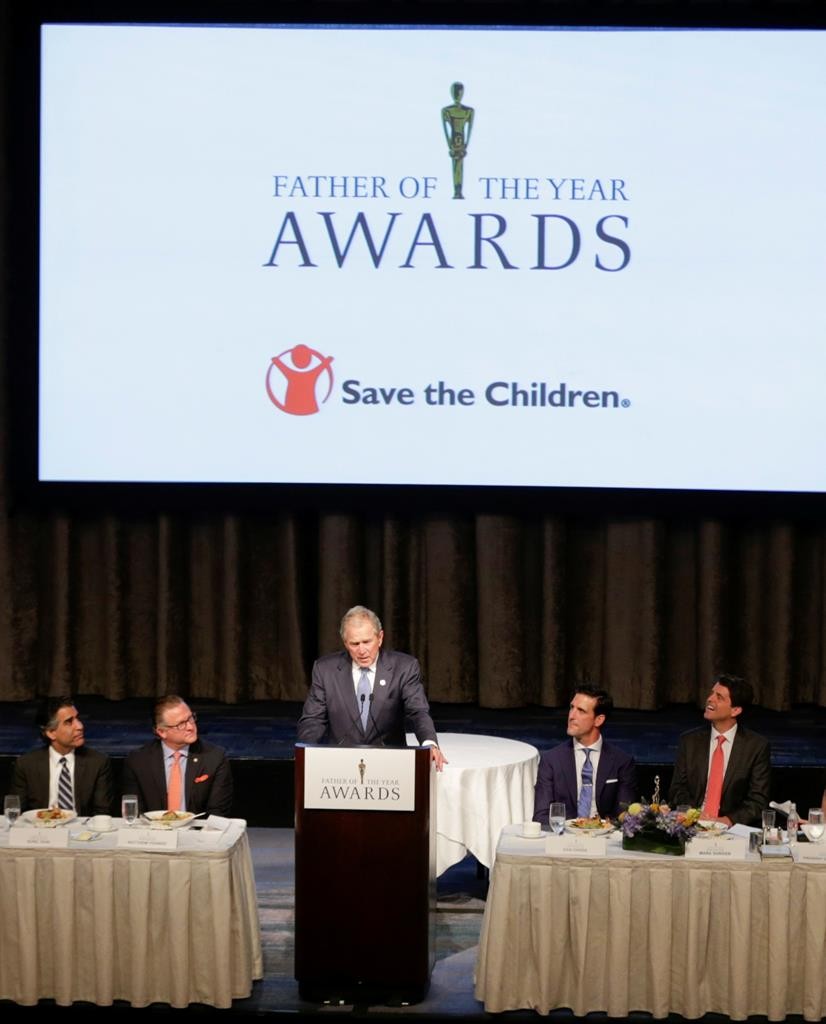 An emotional former President George W. Bush credited becoming a father with helping him stop drinking, as he was honored Thursday as a “Father of the Year.”

Bush and two other men were recognized at the 74th Annual Father of the Year Awards luncheon at the New York Hilton hotel. His daughter, Barbara, made the presentation.

In receiving the award, Bush paid tribute to his own father, former President George H.W. Bush.

“I think the most important priority for a dad is to be a dad. In my case, I might have been slightly self-absorbed at times, but when I became a dad, I only had one real job and that was to provide for these little girls. Was I always successful? I don’t know. They can be the witnesses.”

He said he didn’t think he would have quit drinking if he hadn’t become a father.

“You see, what happened to me was alcohol was becoming a love. It was beginning to crowd out my affections for most important love, if you’re a dad, and that’s loving your little girls. And so, fatherhood meant sobriety.”