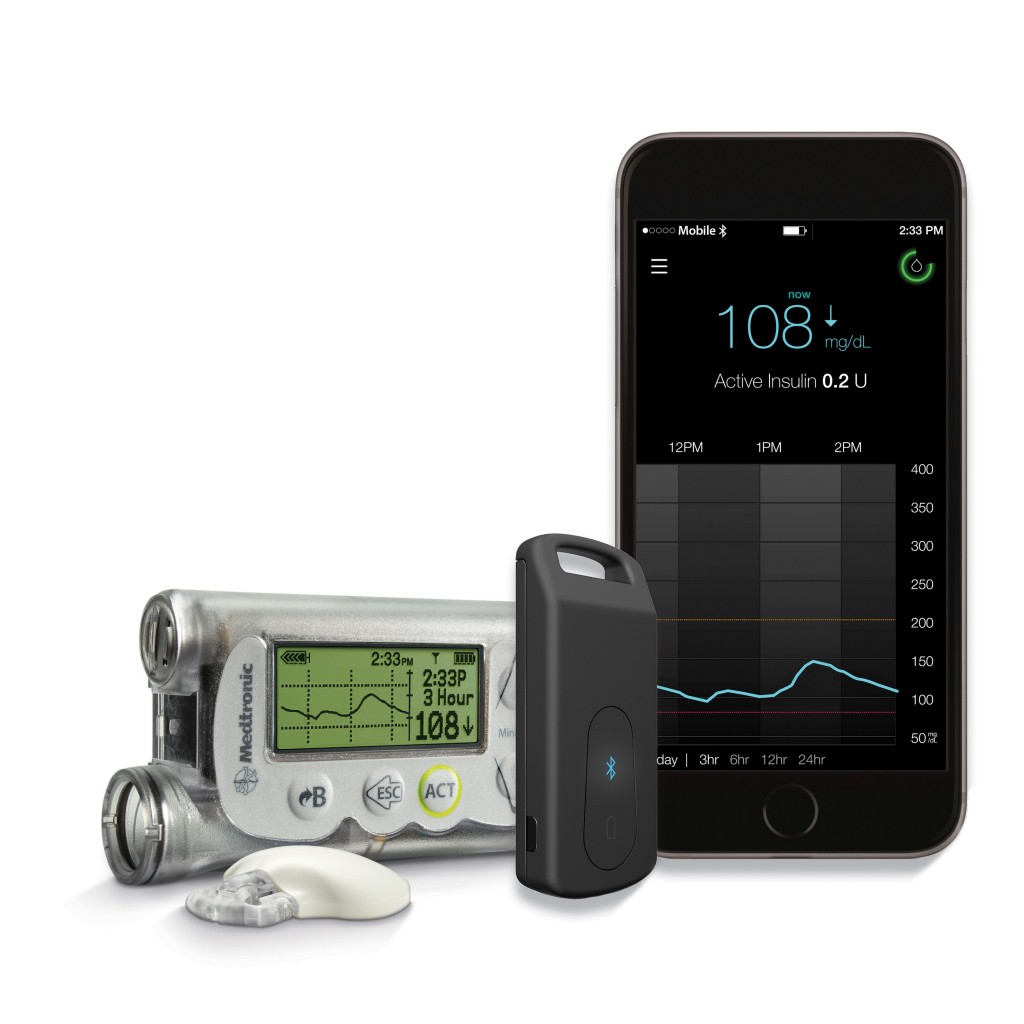 Medtronic PLC has received approval to sell a device for diabetes patients that displays real-time insulin levels on internet-enabled devices and sends out text messages to loved ones if something goes wrong.

The first project in the collaboration will involve the development of mobile applications optimized to display data from Medtronic’s newly approved device, the MiniMed Connect, on Samsung smartphones. The company’s phones run on the Android operating system, which is used by about 80 percent of mobile-phone users, the companies said.

“We are excited to partner with Medtronic to develop diabetes management solutions that produce positive change and greater autonomy for people living with diabetes,” Dr. David Rhew, chief medical officer for Samsung Electronics America, said in a news release.

Diabetes affects about 387 million people worldwide, according to the International Diabetes Foundation. It’s a chronic condition that, if left uncontrolled, can lead to cardiovascular disease, blindness, kidney failure and lower-limb amputation.

The body requires insulin to transform blood sugar into energy. But in diabetic patients, the pancreas produces little or no insulin (Type 1 diabetes), or the body resists the insulin produced in the pancreas (Type 2 diabetes). Type 2 is by far the most common form, and it often leaves people who have it with too much blood sugar, a condition also known as hyperglycemia.

Medtronic has put a strong corporate emphasis on diabetes therapies and, in the last year, its diabetes-related products and services have grown faster in revenue than the heart devices on which the company was founded.

And, unlike most disease states Medtronic works in, diabetes is a stand-alone business group in the company. In addition to launching new insulin pumps and moving toward the development of a true “artificial pancreas,” Medtronic has acquired a Dutch diabetes practice and partnered with IBM Watson Health to develop what it calls “diabetes management solutions.”

“Taken together, these announcements signify that we’re focused on transforming our diabetes group from a market-leading pump and sensor company into a holistic diabetes-management company focused on making a real difference in outcomes and costs,” Medtronic Chief Executive Omar Ishrak told investors Tuesday.

Three days later, Medtronic was able to unveil the Food and Drug Administration’s approval of the MiniMed Connect and the tech partnership with Samsung.

The MiniMed Connect is a device that fits in a pocket or can be hung on a keychain, the company said. It reads, displays and transmits data from an implanted Medtronic pump called the MiniMed 530G, which was approved by the FDA two years ago, as well as the older MiniMed Revel system. The systems generally are used by patients with Type 1 diabetes, as well as a subset of Type 2 patients who require intensive management involving multiple daily insulin doses.

The 530G includes an externally worn glucose sensor and insulin pump that continually delivers insulin through an infusion system inserted under the skin. The system can be programmed to shut off delivery automatically if glucose levels reach predefined thresholds.

The Connect allows glucose and insulin levels to be displayed on an app and a web display, for patients and their caregivers. The device can send texts to family members if a person’s MiniMed sensor detects glucose going too high or low, or if an alarm on the pump isn’t cleared.