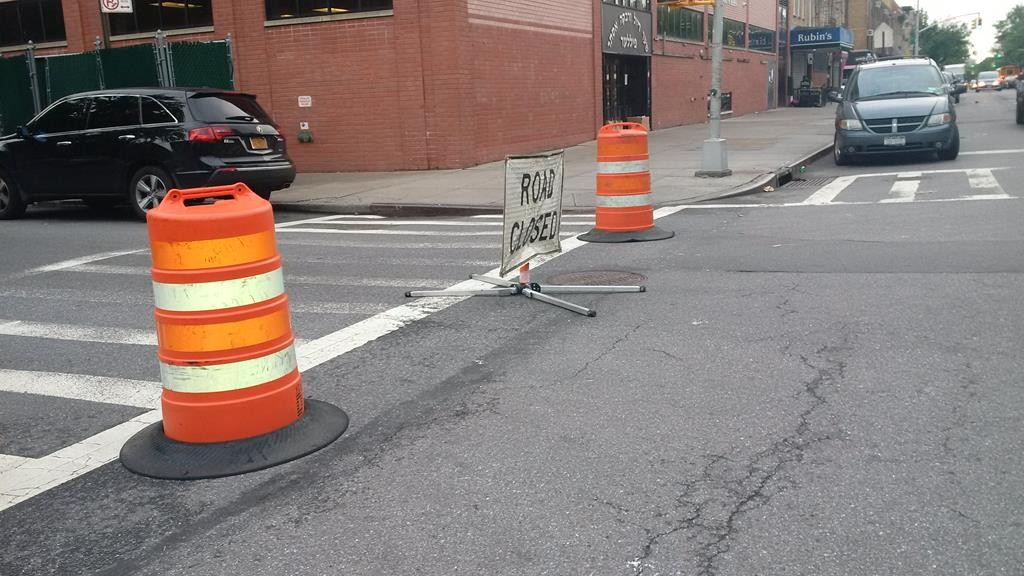 New York City’s transportation department on Thursday completed their repaving work on the lower portion of 14th Avenue a day ahead of schedule, allowing the central Boro Park boulevard to be reopened to traffic on Erev Shabbos, as they promised the day before, according to a local community group.

Barry Spitzer, the district manager of Community Board 12, which encompasses Boro Park and advocates at the city level for neighborhood residents, said that the previously planned paving schedule was postponed to Shabbos when there is almost no traffic.

On Shabbos, workers will repave 14th Avenue from Church Avenue to 44th Street. Residents are reminded to remove their vehicles before Shabbos starts to avoid being towed.

This comes after the streets are cratered and full of potholes from epic winter temperatures. Residents had requested that they be repaved, but were rankled when it began with little advance notice on Wednesday.

In a press release, Spitzer thanked DOT Borough Commissioner Keith Bray for his willingness to change the schedule and Councilman David Greenfield for being in contact with the city.