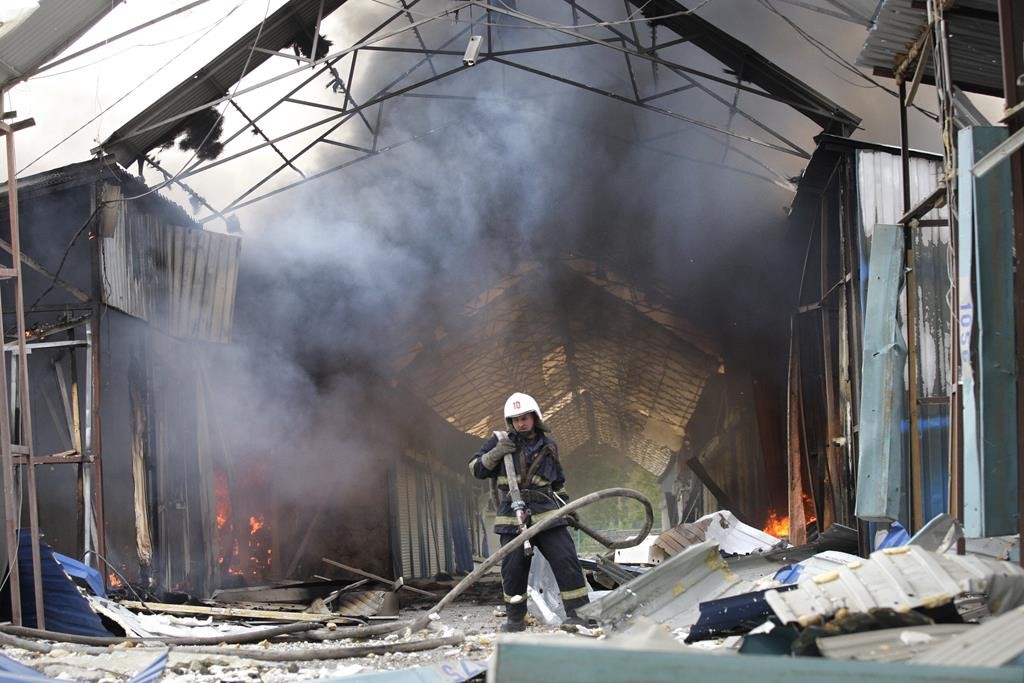 A major battle erupted Wednesday on the western edge of the main separatist rebel stronghold in eastern Ukraine, leaving more than a dozen dead and threatening to tip the country back into full-blown war.

Rebels in the city of Donetsk reported 15 dead between civilians and combatants in territory under their control.

The Ukrainian Interior Ministry said at least one person was killed in Marinka, the government-held town where fighting was centered. Ukrainian presidential adviser Yury Biryukov cited the General Staff as saying three Ukrainian soldiers died in combat and that another 30 were wounded.

Each side is blaming the other for sparking this round of unrest.

Ukraine’s General Staff said in a statement that rebels deployed around 1,000 fighters and dozens of tanks and self-propelled artillery systems in a major offensive that started before dawn.

The statement said the attack was a flagrant violation of a February cease-fire agreement.

The head of the separatist armed forces, Vladimir Kononov, said his fighters had engaged only in defense measures after an all-out assault by the Ukrainian army.

Yatsenyuk urged the leaders meeting at the G7 summit in Germany this weekend to condemn Russia.

Implementation of the cease-fire sealed in Belarus in February has foundered amid a proliferation of low-intensity battles that have now been overshadowed by developments in Marinka.

Negotiators from the warring sides met for new talks in Belarus on Tuesday, but the session concluded without obvious progress. Another meeting is planned for the weekend.