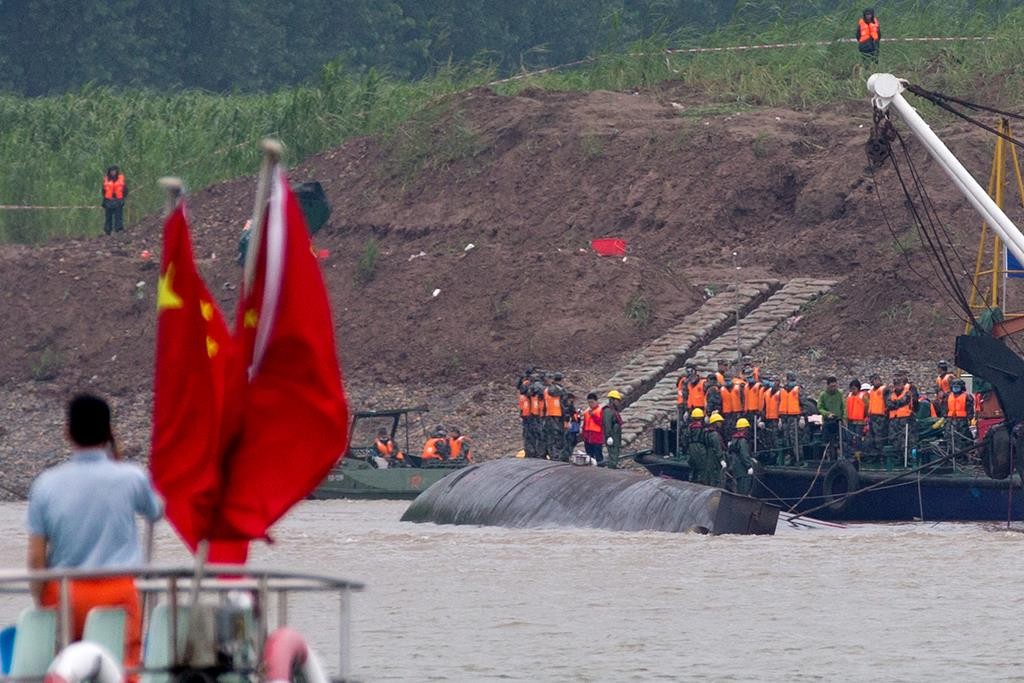 Dozens of people broke through a police cordon on Wednesday as they marched towards the site of a sunken cruise ship in the Yangtze River to demand news of missing relatives.

Rescuers searched for more than 400 missing people, many of them elderly, but hopes were fading of finding more survivors from the worst shipping disaster in modern Chinese history.

Only 14 people, including the ship’s captain, have been found alive since the ship capsized in a tornado on Monday night with 456 people on board. Just 29 bodies have been recovered.

Frustrated by the scarcity of information coming from local authorities, about 80 family members hired a bus to take them from Nanjing to Jianli county in Hubei, an eight-hour journey. They started walking towards the rescue site late on Wednesday night.

“This isn’t going to be much use, we’re just doing this for the government to see,” said organizer Wang Feng.

In the early hours of Thursday, the deputy police chief of Jiangsu province, where Nanjing is the capital, told the relatives they could go to the disaster site only in the daytime.

He promised to arrange buses for them to view the boat in the morning, adding that journalists were barred from going.

Zhang Hui, a tour guide who survived the disaster, told the official Xinhua news agency that it had rained so hard water seeped through cabin windows, and that the ship then listed violently.

“I thought, ‘This isn’t right’, and I told my colleague, ‘I think we’re in trouble’. After I said that, the ship flipped over. It only took 30 seconds or a minute,” Zhang said.