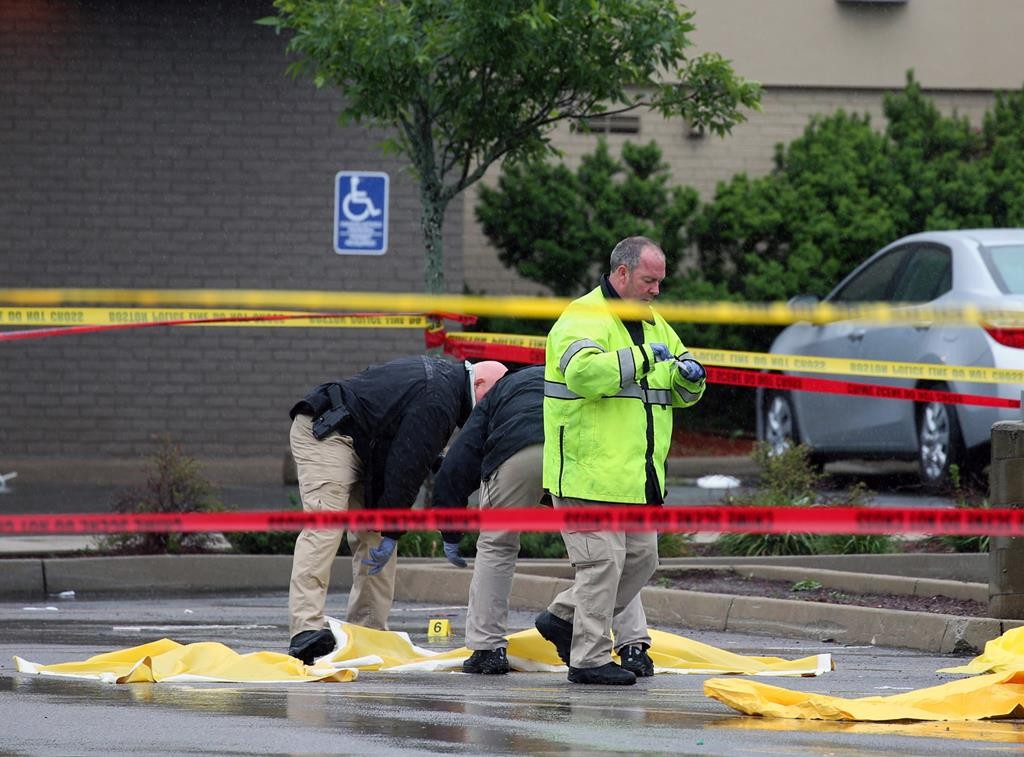 A Massachusetts man shot and killed by law enforcement officers on Tuesday had discussed plans to behead police officers with an associate arrested the same day, according to papers filed in Boston federal court on Wednesday.

Usaamah Abdullah Rahim, 26, who law enforcement officers shot to death after he allegedly confronted them with a large knife, had told David Wright, “I’m just going to, ah, go after them, those boys in blue,” an FBI agent involved in the investigation said in an affidavit.

Rahim had ordered three knives, with blades ranging in length from eight inches to 9.75, from online retailers and had joked in wire-tapped phone conversations with Wright, 24, about the planned killings, according to the affidavit.

Law enforcement in Boston has been on high alert since a pair of ethnic Chechen brothers killed three people and injured 264 others with a pair of homemade pressure-cooker bombs at the 2013 Boston Marathon.

Wright, who was arrested late Tuesday in the Boston suburb of Everett, advised Rahim to destroy his computer and smartphone to ensure there was no record of the plot, the affidavit said.

Wright, who stands 6 feet, 7 inches tall and was dressed in a black T-shirt, sat quietly as Magistrate Judge M. Page Kelley informed him he had been charged with conspiracy to obstruct justice, which carries a possible five-year prison sentence. Wright did not enter a plea.

Rahim had been under 24-hour surveillance by the Joint Terrorism Task Force, officials said.

Michael Steinbach, assistant director of the FBI’s counterterrorism division, discussed the investigation at a Congressional hearing on Wednesday, saying, “We know ISIL has put out a message to attack the West, specifically law enforcement, military,” referring to Islamic State.

Boston Police Commissioner William Evans told reporters that when police officers and FBI agents approached Rahim in a parking lot near his job on Tuesday morning to question him, Rahim pulled out a large knife and advanced on them.

Evans, local FBI officials and prosecutors met on Wednesday with leaders of the neighborhood where the shooting occurred to show them footage of the incident.

“The individual was not shot in the back and the information that was reported by others that this was the case is inaccurate,” said Darnell Williams, chief executive of the Urban League of Eastern Massachusetts, after the meeting.