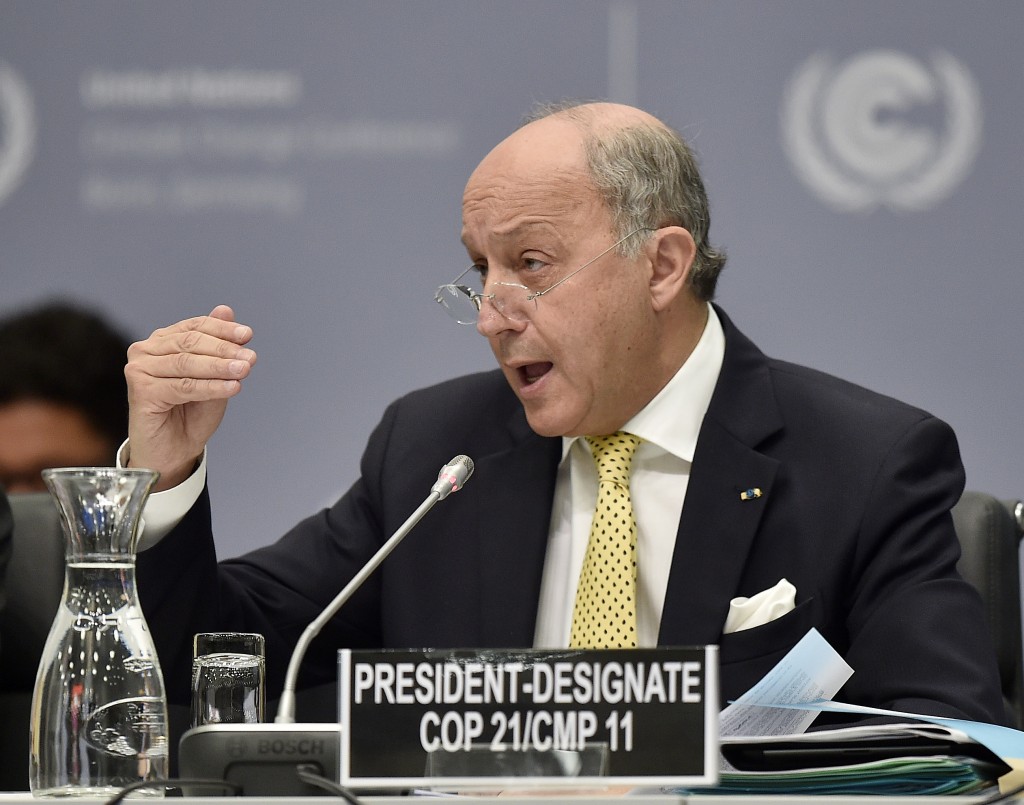 The global climate agreement being negotiated this year must be worded in such a way that it doesn’t require approval by the U.S. Congress, the French foreign minister said Monday.

Laurent Fabius told African delegates at U.N. climate talks in Bonn, Germany, that “we know the politics in the U.S. Whether we like it or not, if it comes to the Congress, they will refuse.”

If negotiators follow his plan, that would exclude an international treaty that has legally binding limits on greenhouse-gas emissions – something some countries still insist on but which would have no chance of being ratified by the Republican-controlled Congress.

“We must find a formula which is valuable for everybody and valuable for the U.S. without going to the Congress,” said Fabius, who will host the U.N. climate summit in Paris in December, at which the new agreement is supposed to be adopted.

Those pushing for a legally binding deal in Paris include the 28-nation European Union and small island nations who fear being wiped out by rising seas.

Amjad Abdulla, a Maldives delegate who is the chief negotiator for the small-island group, said that while the group still wants a binding agreement, “I think it’s important that we get everyone on board.”

“We are still looking into options,” he said.

One possible outcome in Paris is a deal in which some elements are binding but not the emissions targets set by individual countries.

Peruvian Environment Minister Manuel Pulgar-Vidal said he was “completely sure that we will have an agreement in Paris,” despite the complex political situation in the U.S.

Jennifer Morgan, a climate-policy expert at the World Resources Institute, said it was encouraging that Fabius was raising the legal issue now so it can be dealt with before the Paris conference.

“It’s a sign that he’s really pushing countries to come to terms with what the agreement can and cannot be,” she said.

Negotiators also need to decide how to differentiate between what rich and poor countries should do to fight climate change, and how to verify that countries are doing what they say they will.

The main goal for the two-week session in Bonn that began Monday is to shorten the sprawling climate-change negotiating text.

Ahead of the meeting, six European oil and gas companies called for a global price on carbon.

In a letter to Fabius and U.N. climate chief Christiana Figueres, the chief executives of Royal Dutch Shell, BP, Eni, Total, Statoil and the BG Group said carbon markets should be introduced around the world and eventually linked into an international system.

Carbon markets set limits on companies’ emissions and allow them to trade emission permits using the market to set the price.

“Our companies would like to open direct dialogue with the U.N. and willing governments,” the companies said.

Some environmental groups were suspicious of the letter, with Greenpeace calling it a “smokescreen,” and the role carbon markets will play in the Paris agreement is still unclear.

“In the long term, they have the wrong business model. And that’s something they have to acknowledge,” said Martin Kaiser, a Greenpeace climate-policy expert.