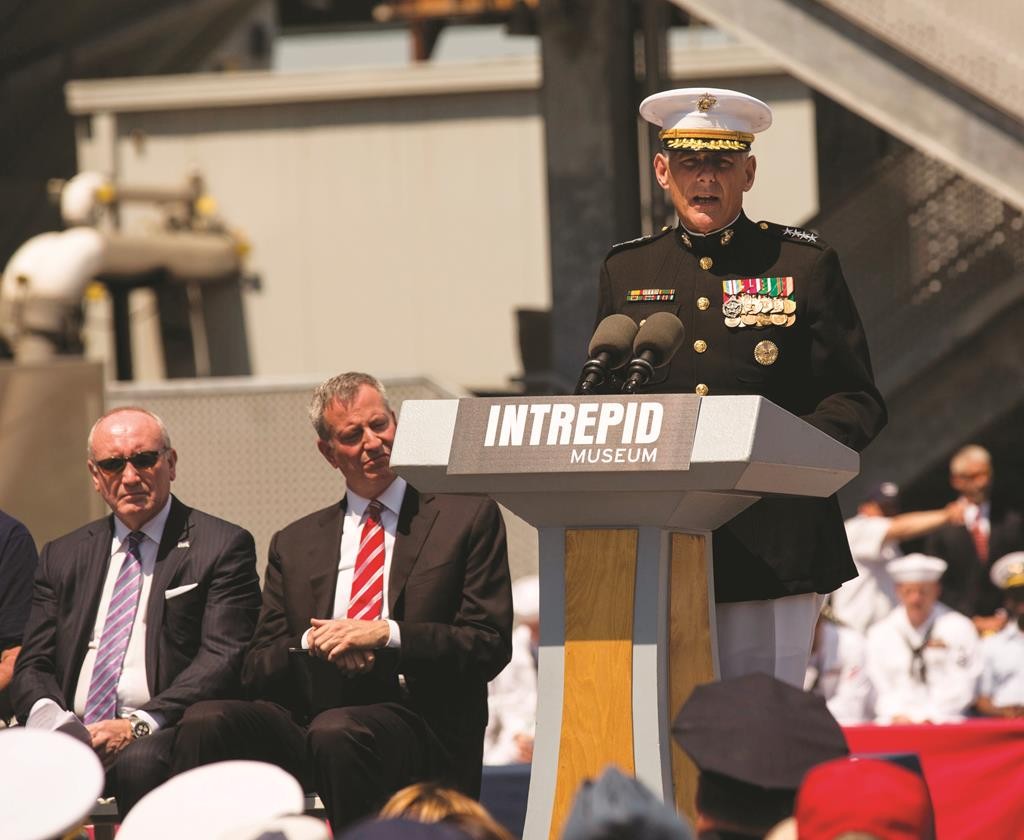 Their focus was on those who didn’t make it home — including 2nd Lt. Robert M. Kelly, a Marine killed in Afghanistan. His father, four-star General John Kelly, addressed the gathering.

Kelly says he “desperately” tried to convince himself that his son’s death was “all for something.”

The answer came to him during the burial, at Arlington National Cemetery. Kelly, commander of the U.S. Southern Command, says it didn’t matter what he was feeling: His son believed freedom was worth the ultimate sacrifice.

Kelly says the nation’s future is secure as long as there are “tough young Americans” who leave comfortable lives to “hunt down” those who would harm it.

Memorial Day was marked in ceremonies around the state, including one in Lake George on Monday, where a grave contains the oldest known remains of unknown soldiers in the United States.

The bodies of the four Colonial American soldiers who died more than 250 years ago were found in the early 1930s and reburied in the park, site of French and Indian War battles fought in the mid-18th century.