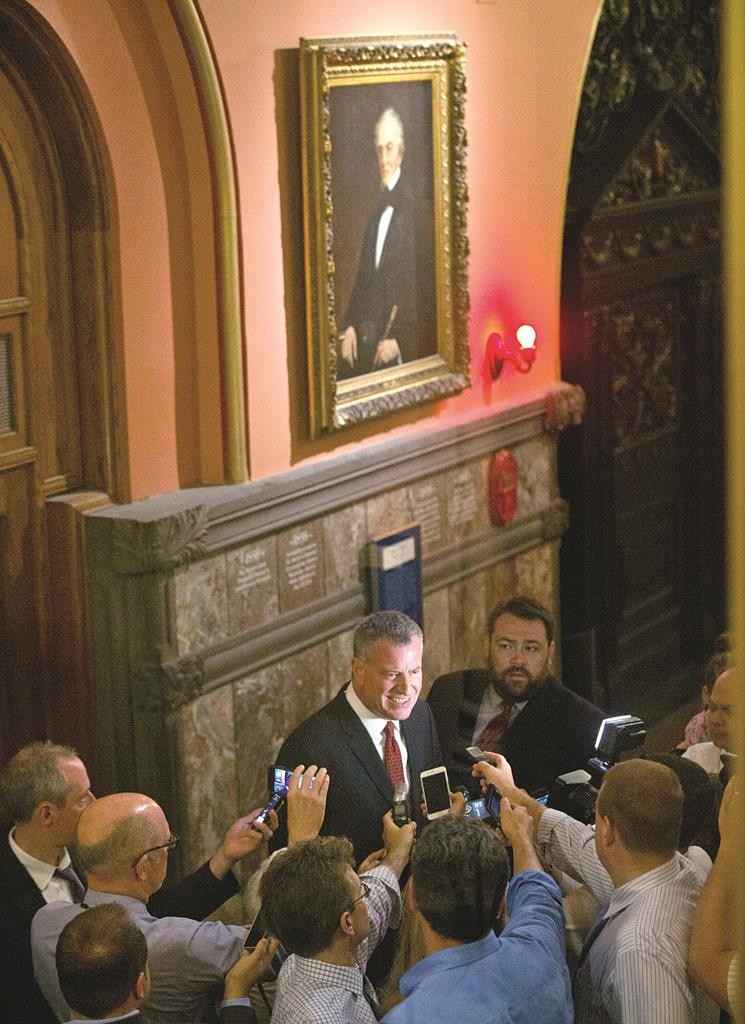 Many lawmakers predict the laws will simply be temporarily extended with few changes, but the mayor told reporters on Wednesday that would be a wasted opportunity. De Blasio wants to strengthen the rent rules, modify the tax break to require developers to include more affordable housing units, and make mayoral control of schools permanent, though he said Wednesday that he is willing to accept a three-year extension.

“We particularly need the governor to act,” he said. “We need leadership. We know the governor has been able in the past to create real change here in Albany and get things done. This is a moment when we need that leadership.”