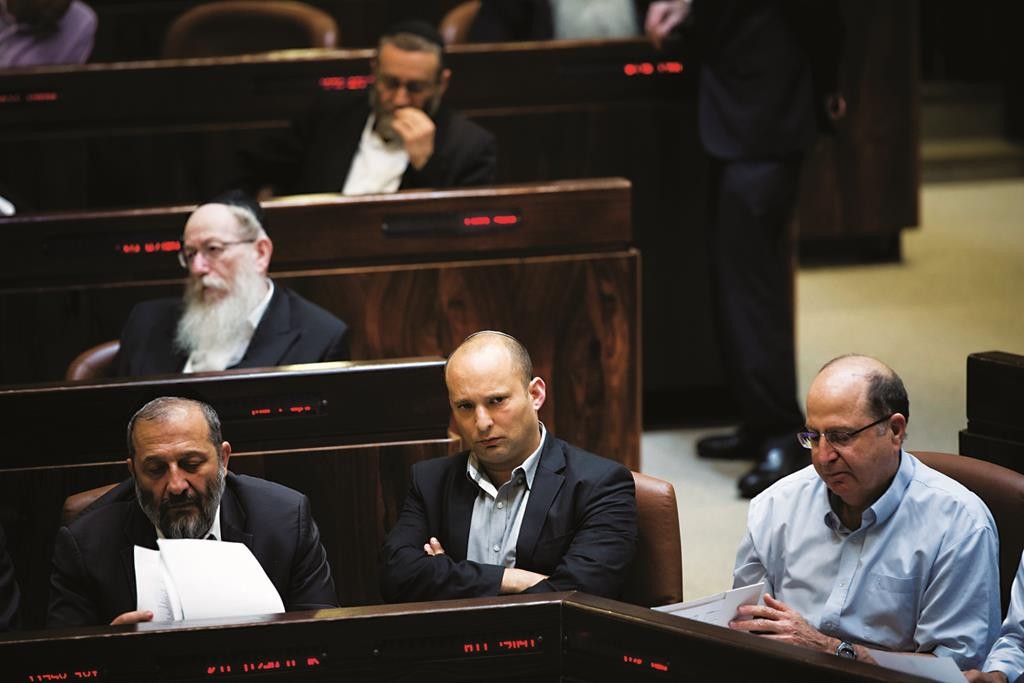 The Opposition kept its promise to make life miserable for Israeli Prime Minister Binyamin Netanyahu’s coalition on Monday night with a filibuster over the budget that had MKs up until two in the morning.

A bill to extend the deadline for finalizing the two-year state budget eventually passed its preliminary reading by a vote of 57 to 55. The close vote meant that Knesset members from both sides were forced to stay in the plenum until the very end, lest a single absence tip the balance.

If the move succeeds, the 100-day deadline to pass the budget will be delayed an additional 75 days, until November 5. If the government cannot secure final approval of the budget by that time, it will have to dissolve.

Meanwhile, ministries will operate on monthly sums equaling one-twelfth of their 2014 budgets, effectively preventing the implementation of any new spending schemes.

The deadline adjustment was stipulated in coalition agreements, to give new Finance Minister Moshe Kahlon more time to prepare the two-year budget.

As is typical of filibuster tactics, opposition speeches ranged from serious argument to blatant time-wasting.

Yesh Atid MK Ofer Shelah charged that “someone is trying to strip the work of the Knesset of all substance.”

Shelah got qualified backing from Knesset legal advisor Eyal Yinon, who said that while the amendment could be defended legally, it does undermine the status of the country’s Basic Laws.

MK Shelly Yacimovich (Zionist Camp) took the podium to inform the MKs that Monday was Towel Day, and travelers were advised not to leave their towels at home.

Her fellow party member, Zuheir Bahloul, rose at 1:30 a.m. to announce that he is usually snoring at that hour.

“All we asked for was a time extension,” he said.

“If it took an entire night to discuss something so trivial, what’s going to happen when we get to the substantial and significant clauses, like housing reform?”

On the other hand, “Who says there aren’t advantages to a 61-seat coalition? Everyone is here, everyone is speaking, everyone is participating, and I must say everyone spoke sensibly.”