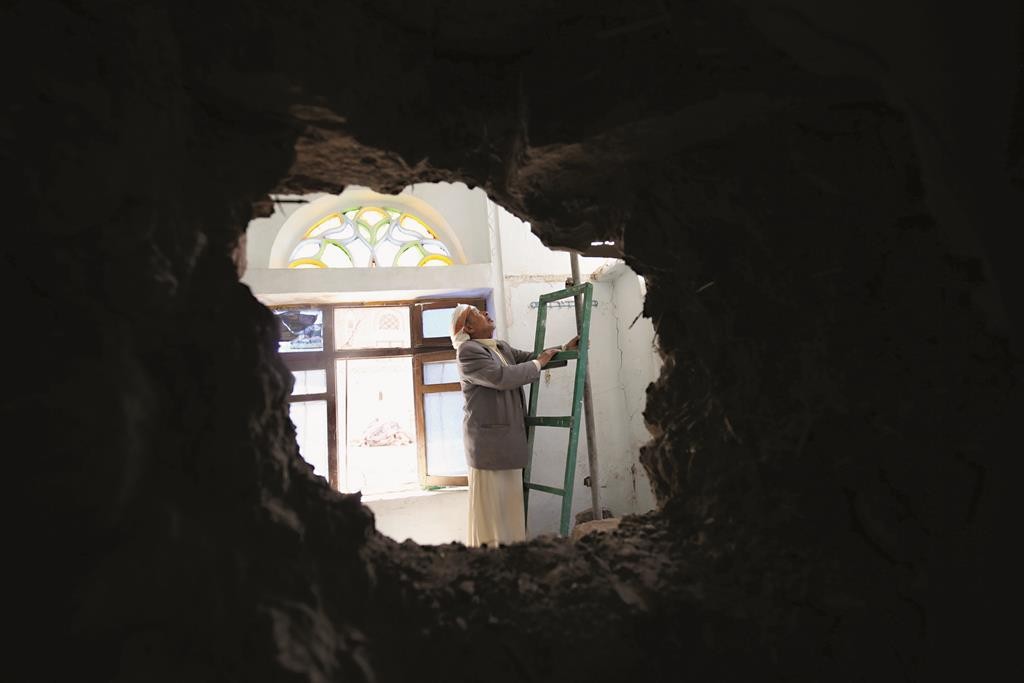 The roar of bombardment mingled with the wail of sirens in Yemen’s capital, Sanaa, on Tuesday as the first Saudi-led airstrikes since the end of a five-day cease-fire hit the city.

In the Saudi capital of Riyadh, three days of talks on Yemen ended with a communiqué denouncing the “coup” against Yemen’s transitional president by Shiite Muslim Houthi rebels and their allies, who are loyal to the country’s former president. The Houthis boycotted the conference.

Tuesday’s airstrikes in Sanaa, which began before dawn, targeted positions of Houthi militias and forces aligned with deposed strongman Ali Abdullah Saleh in the city’s south and east, according to residents and officials. A humanitarian cease-fire ended late Sunday and bombardment recommenced soon after in the port city of Aden and elsewhere, including the northern province of Saada.

The airstrikes in Sanaa set off panicky civilian flight in the district of Niqum, with dozens of families abandoning their homes and adding to the estimated half-million people internally displaced by the conflict. Over the last seven weeks, aerial bombardment by a Saudi-led coalition has frequently hit in or near residential areas. There was no immediate word on casualties resulting from Tuesday’s strikes.

Coalition warplanes also pummeled Aden, where forces loyal to exiled President Abdu Rabu Mansour Hadi have been battling Houthis and Saleh-linked forces in the streets. The southern city of Dali was hit for a second day.

The stated aim of the Saudi-led offensive is to restore the rule of Hadi, who fled Yemen earlier this year and found haven in Riyadh. Tuesday’s communique issued in Riyadh urged a “national reconciliation initiative” in Yemen, and demanded that the insurgents be brought to justice.

Saudi Arabia and its Sunni Muslim allies launched their air offensive on March 26 as Houthis were advancing on Aden, the country’s main commercial hub. Months earlier, the rebels seized Sanaa and made substantial territorial gains elsewhere in the impoverished country at the tip of the Arabian Peninsula.

The Saudi-led coalition so far has not sent ground troops into Yemen, but Houthi forces have been aiming mortar and artillery fire across the long border with Saudi Arabia, and have at times clashed with Saudi forces on the frontier.