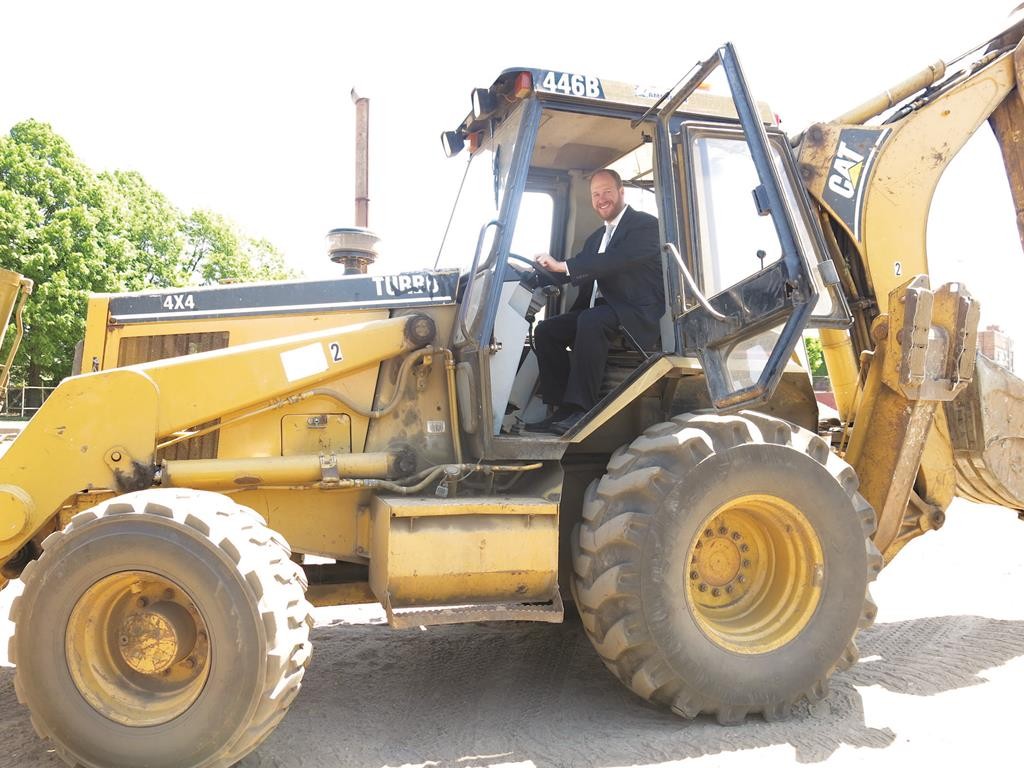 Boro Park’s premier park is getting a nearly $6 million do-over thanks to funding secured by Councilman David Greenfield.

Greenfield on Thursday joined local officials to break ground on redoing the two-thirds of the 18th Avenue Park that haven’t been touched in over 30 years. These will include four new playgrounds, two new swing sets, brand new basketball and paddle-ball courts and a new baseball field.

As a city councilman, state Sen. Simcha Felder several years ago funded the renovations of one third of the park. When the current work is complete, the entire park will be new.

Greenfield secured $17 million, the majority of the funding. An additional $6 million was received from the mayor and borough president.

“Here in Brooklyn,” Greenfield noted, “we don’t have backyards or front yards. Instead we have our city parks. Parks are the great equalizer. It doesn’t matter if you’re a billionaire or if you’re on food stamps: you’re using our parks.”

The renovations are expected to be complete by the end of 2016.