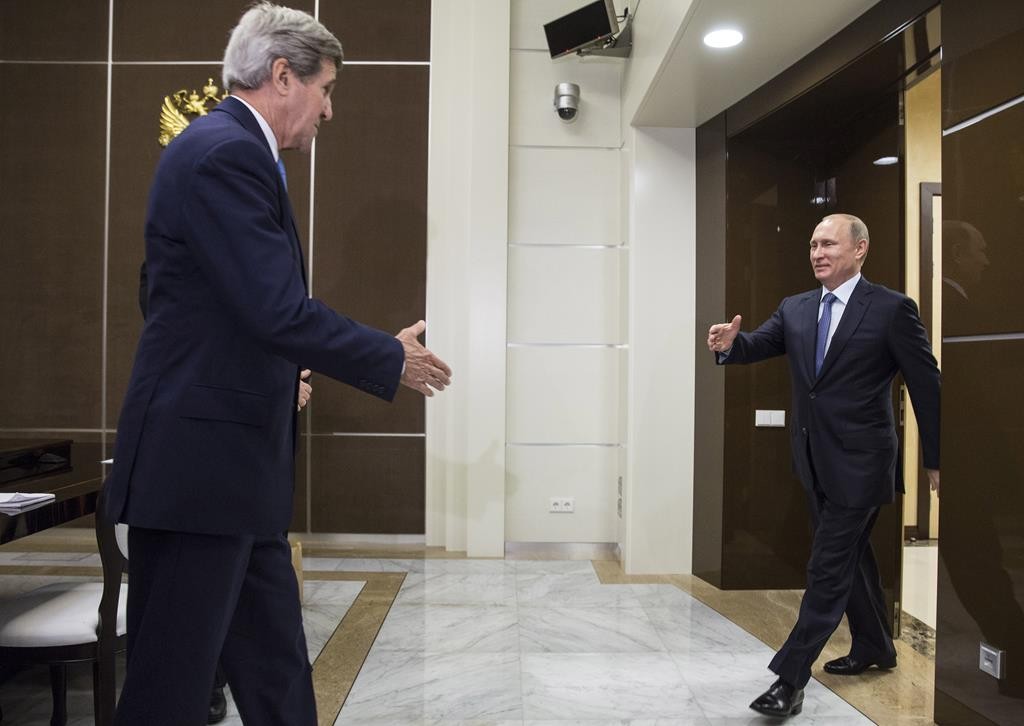 The United States and Russia emerged Tuesday from their most extensive, high-level talks in years vowing closer cooperation on Ukraine and Syria but unable to point to any breakthrough or new approach to bridge the major differences separating the two powers.

The atmosphere was cordial and the tone was promising as U.S. Secretary of State John Kerry held eight hours of talks with Russian President Vladimir Putin and his foreign minister in the Black Sea resort of Sochi. Kerry’s first trip to Russia since the Ukraine crisis coincided with the 70th anniversary of the allied defeat of Nazi Germany, and both sides hailed the virtues of U.S.-Russian engagement.

“We didn’t come here with an expectation that we were going to define a specific path forward … or have a major breakthrough,” Kerry told reporters at a news conference with Foreign Minister Sergey Lavrov. “We came here specifically to have a very full and open dialogue.”

The result appeared to be to the liking of Moscow, which had spoken of Kerry’s trip as a possibility for “normalizing” relations that have been soured by, among other things, the civil wars in Ukraine and Syria, Russia’s treatment of political dissidents, and its granting of asylum to former U.S. National Security Agency contractor Edward Snowden.

Kerry and Lavrov promised to work harder to convince Ukraine’s warring factions to adhere to a February cease-fire that has been regularly violated, and on implementing a 2012 U.S.-Russian strategy for a transitional government in Syria that has been a complete failure to date.

And in a surprising moment, the two diplomats issued warnings in turn to Ukrainian President Petro Poroshenko not to seek the “liberation” of the Donetsk Airport from rebels in eastern Ukraine, as he recently suggested in a speech.

Despite the signs of goodwill, both sides noted their many disagreements.

Western nations say Russia supports Ukraine’s separatists with arms and manpower, and even directs some battlefield operations — all claims Moscow denies. In return, the Russians bristle at Washington’s provision to Ukraine of military assistance in the form of hardware and training.