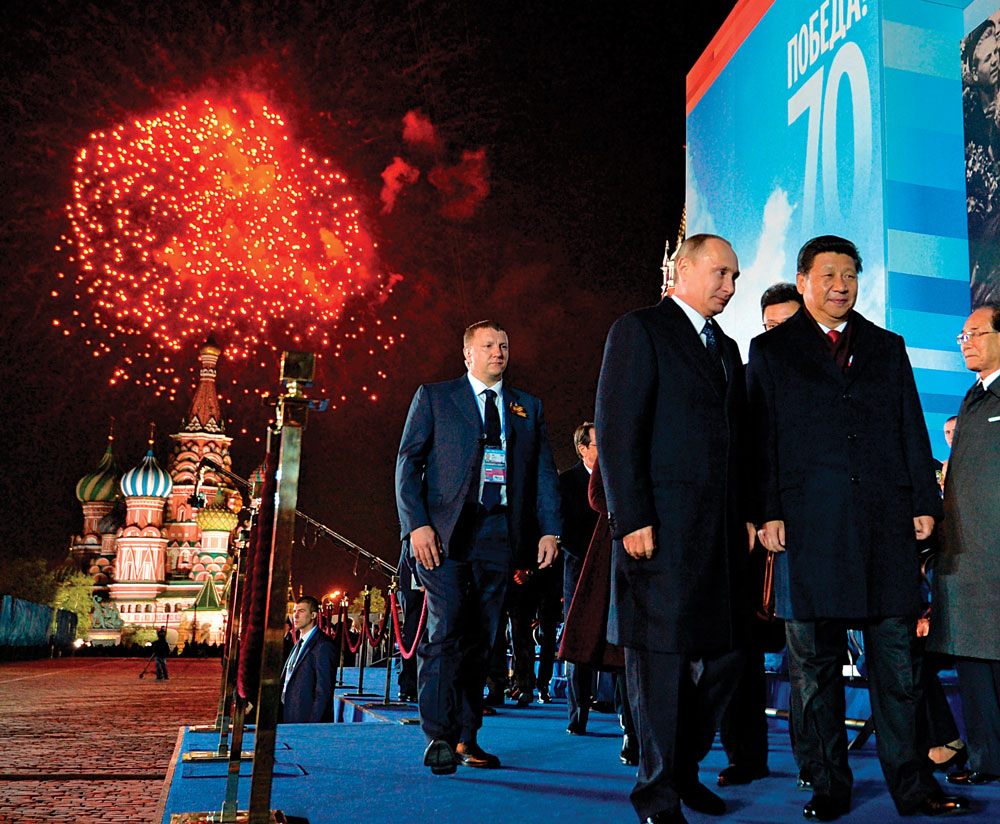 German Chancellor Angela Merkel visited the Kremlin on Sunday to pay respects to the millions of Soviet lives lost in World War II and to press Russian President Vladimir Putin to use his influence with pro-Russia separatists to end the deadly conflict in Ukraine.

But after a Western boycott of Russia’s Victory Day parade on Saturday, Merkel’s gesture appeared to do little to mend the rift that Moscow’s actions in Ukraine have inflicted on relations between Russia and the United States and Europe.

Putin accompanied Merkel in placing wreaths at the Tomb of the Unknown Soldier, then met with her for a talk that was clearly dominated by the two sides’ stark differences over the legality of Russia’s annexation of Ukraine’s Crimean peninsula last year.

At a brief news conference after their meeting, Putin appeared unmoved by Merkel’s argument that the seizure of Crimea was in violation of international law. He reiterated Moscow’s claim that the predominantly Russian population had a right to vote for reunion with Russia after a “coup d’etat” in Kiev ousted the elected president in February 2014.

Merkel held her ground, urging Putin to use his influence with the separatists in eastern Ukraine to “restore the sovereignty and territorial integrity” of the neighboring country where more than 6,100 people, many of them civilians, have been killed in little more than a year of fighting. Putin agreed to do what he could but stated that the fate of Ukraine is in the hands of the separatists and the Kiev government, not Russia.

Both leaders pledged support for the Feb. 12 peace plan brokered in the Belarus capital of Minsk by Merkel, French President Francois Hollande and diplomats of the Organization for Security and Cooperation in Europe. But they conceded that the cease-fire and artillery pullback agreed to in the Minsk pact haven’t been honored by the combatants. Both described the diplomatic path out of the conflict as “difficult” but the only means of ending the bloodshed.

As Merkel and Putin talked, rebel leaders of the self-proclaimed Donetsk People’s Republic announced plans for a celebratory march in the eastern Ukraine city on Monday, the first anniversary of a dubious vote for independence held less than two months after Russia annexed Crimea. The march will be followed by a concert in the central Lenin Square of Donetsk, the Tass news agency reported, quoting the mayor of the artillery-blasted city that was once home to a million residents.

The meeting with Merkel was the last in a four-day whirlwind of diplomacy as Putin received many of the visiting heads of state and government who attended the Red Square parade, including the presidents of China, India, South Africa, Cuba, Serbia and some former Soviet republics.

Putin brushed off the absence of the U.S. and Western European leaders, remarking before media cameras Saturday night that “everyone we wanted to see was here.”