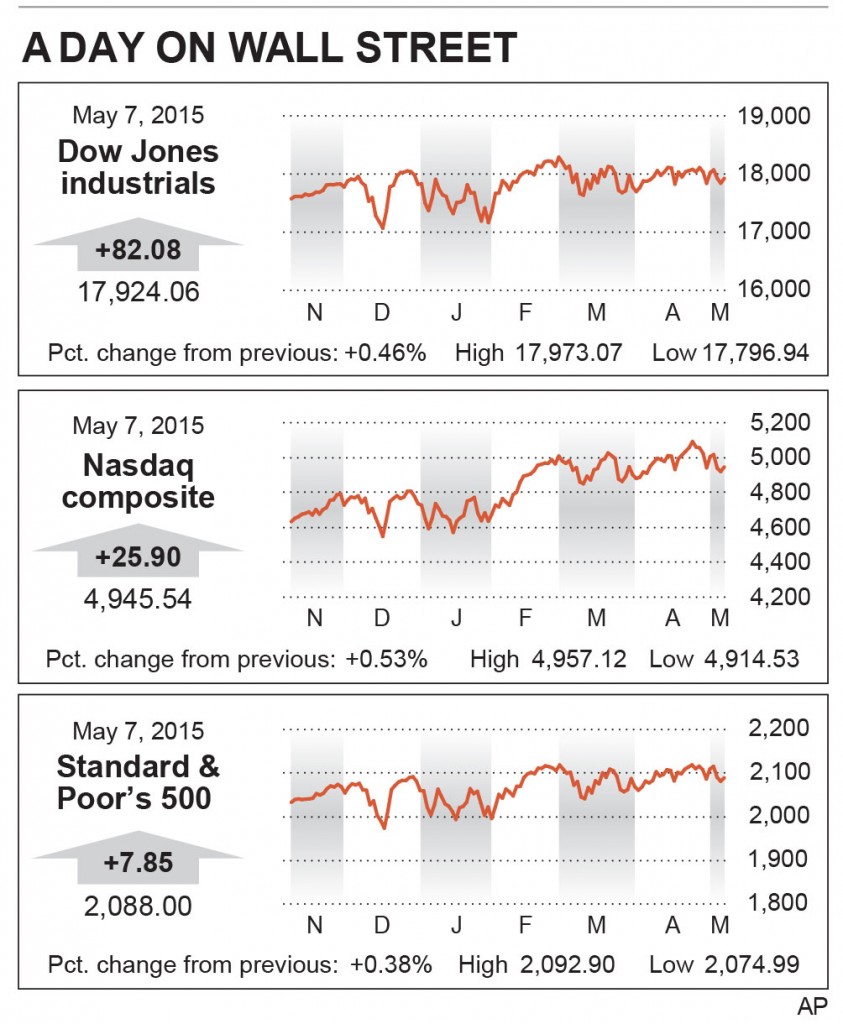 Stocks rose moderately Thursday in relatively quiet trading, a contrast to the heavy selling that occurred a day earlier when Federal Reserve Chair Janet Yellen suggested that stock prices might be too high.The bigger action was in the bond market. U.S. Treasurys rose sharply in the afternoon, sending benchmark yields lower, a day after a flood of selling. Yellen caught investors off-guard Wednesday by saying stock values were generally “quite high.”

“Investors remain confused as to where this market wants to go,” said Jonathan Corpina, a managing partner at Meridian Equity Partners.

Many investors agree that the U.S. stock market is trading at stretched levels. Quarterly corporate earnings, which are ultimately what stocks are valued off of, were better than expected, but those expectations were low in the first place.

“This market just feels tired. I just see us moving sideways for a while,” said Wayne Wilbanks, chief investment officer at Wilbanks, Smith, Thomas in Norfolk, Va., which manages about $2.4 billion in assets.

The next big thing on investors’ plates will be the April jobs report, which comes out Friday. Economists expect U.S. employers added 215,000 jobs in April and the unemployment rate ticked down to 5.4 percent.

In energy markets, oil fell more than 3 percent because of gains in the U.S. dollar, which makes oil more expensive for holders of other currencies.