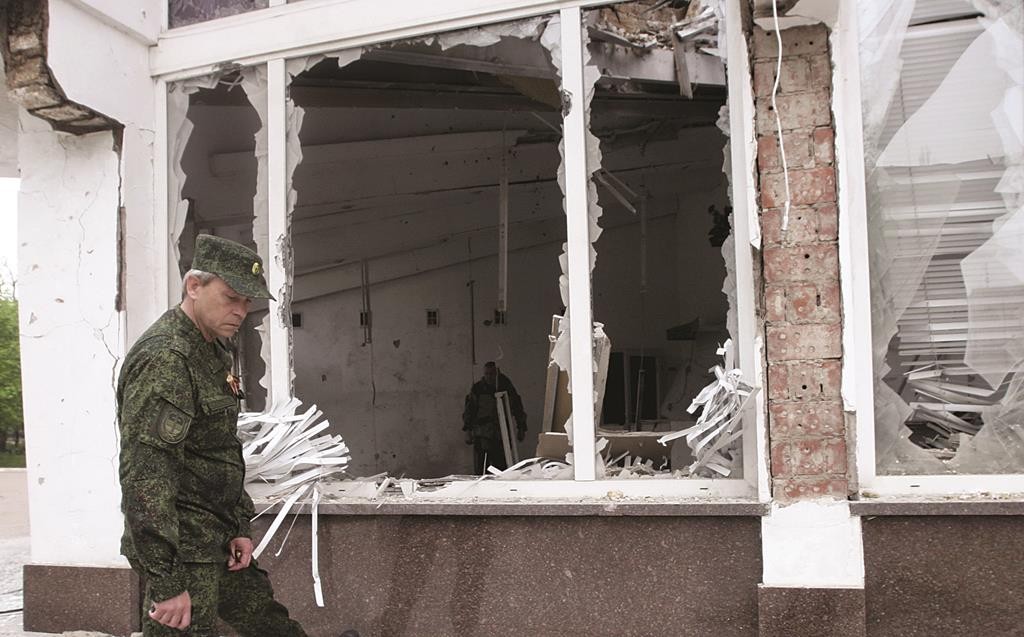 European mediators have called an urgent meeting in Belarus for Wednesday to try to salvage a nearly 3-month-old peace plan for Ukraine, where intense fighting has resumed in recent days and both sides are reported to be gearing up for new offensives.

“Militants have ratcheted up their activities over the past 24 hours, breaking the ceasefire 95 times, back to levels seen before the Feb. 12 cease-fire declaration,” Ukrainian military spokesman Oleksiy Andryushin told reporters in Kiev.

Two Ukrainian soldiers died in eastern Ukraine overnight in fighting between government troops and pro-Russia separatists, Andryushin said Monday, adding to a death toll that exceeds 6,100 for the conflict that broke out 13 months ago.

Diplomats from the OSCE, Russia and Ukraine plan to meet in Minsk, the capital of Belarus, on Tuesday to lay the groundwork for a gathering a day later of representatives of the separatist regions and Ukrainian government officials.

U.S. and European defense officials warned last month that Russia was building up forces near its border with Ukraine for what appeared to be a major offensive amid widespread fears the Russians might seek a land link through Ukraine to the Crimea.