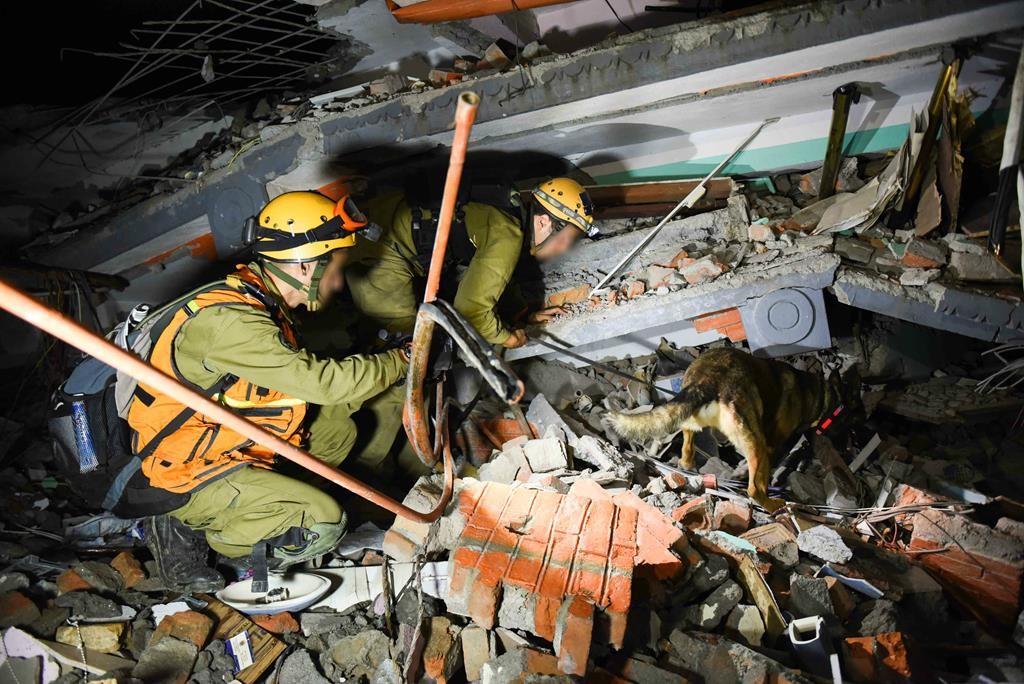 Several Israeli delegations headed earlier this week to Nepal to help in rescue and treatment efforts as well as to assist in the search for missing Nepalis and Israelis.

The Israeli Foreign Ministry announced on Tuesday afternoon that nine Israelis believed to have been in Nepal when the earthquake struck have yet to make contact, down from an assessment that put the number at 50 earlier in the day.

On Monday evening, an IDF plane carrying Israeli doctors, search and rescue teams and other aid personnel landed in Kathmandu, and the medical team set up a field hospital in the capital. Additional planes arrived on Tuesday.

A number of the Israelis had sent messages to their families via satellite phone to let them know they were alive but that food and other supplies were running out. Food drops were being considered as an option to sustain those who could not be reached right away.

Prime Minister Binyamin Netanyahu said on Tuesday, “We are focusing on two efforts. Our first effort is to locate and rescue Israelis who are in distress in Nepal and enable their safe return home. To this end, we are continuing operational and diplomatic activity with the Nepalese government and with other elements. At the same time, we are operating a field hospital in Nepal to help the Nepalese people in their hour of distress.”

Yaron Meir, Israel’s ambassador to Nepal, and Mark Sofer, deputy director-general of the Foreign Ministry’s Asia and Pacific Division, met with the deputy chief of staff of the Nepalese army to impress upon him the urgency of getting to the stranded Israelis, and further assistance was pledged.

Meanwhile, more survivors arrived at Ben Gurion International Airport on Tuesday. To date, 338 Israelis and 25 infants have been flown back to Israel from Nepal. Many of them had found shelter in the intervening days since the earthquake last Shabbos at Chabad House and at the Israeli Embassy in Kathmandu.

Speaking to Hamodia from Nepal, Eli Pollack, chairman of the Israelife Foundation, who is leading a delegation of F.I.R.S.T., ZAKA and United Hatzalah volunteers, said that obviously their first and foremost duty is to try and help the people of Nepal, as well as the Israelis there, during their time of distress and need.

“Several members of our group of 25 volunteers arrived on Monday, setting up the facilities [and] medical equipment while the others came on Tuesday morning.

“Our team includes a wide range of experts in their field with disaster response experience in Japan, Haiti and the Philippines. The teams will work together in squads, with each member carrying out the tasks that they are uniquely qualified to perform and supporting the efforts of other team members as operational conditions require.

“A primary focus will be setting up local aid stations in outlying regions as well as evacuating victims to the stations.

“We expect to be here for two weeks or so,” said Pollack.

What is the situation there at the moment?

“Things here are quite tough. Even in normal times, Nepal is a third-world country, with many parts of the country not having electricity and running water; how much more so now after this devastating quake. (And as if he needed any backup to this point, our phone call was cut off three times in several minutes…)

“There are some villages that were totally wiped out. Terrible scenes here. Many places have not received any help yet at all.

“Tomorrow at first light we will continue in our rescue efforts.”

Do you really have hope of finding people alive after several days under the ruins?

“Naturally, we try to be positive and optimistic, but I can tell you that [following] other earthquakes that our team has gone to help, we even found people alive two weeks after the quake. It all depends on the facilities that they may have near them.”

How do you go about trying to locate survivors?

“Much of that is from locals who were in contact with the Israelis and can help direct us to where they may have been when the quake hit.

“This will not be an easy task; there is quite a challenge still ahead of us.”