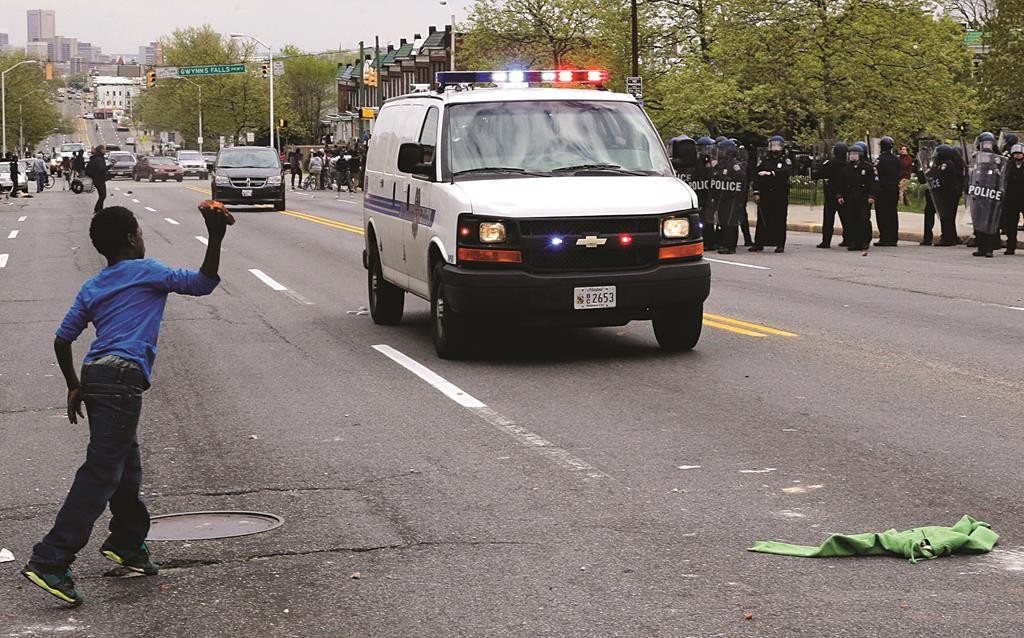 Seven Baltimore police officers were injured on Monday as rioters threw bricks and stones and burned patrol cars in violent protests after the funeral of a black man who died in police custody.

The riots broke out just a few blocks from the site of the funeral of 25-year-old Freddie Gray in northwest Baltimore and then spread through other parts of the city, after local law enforcement warned of a threat by gangs.

Media footage showed looting and a mob of rioters jumping on the top of a police car, after teenaged crowds ignored calls to disperse and clashed with a line of hundreds of police.

The rioting in Baltimore was the most violent since the demonstrations in Ferguson last year.

Baltimore Police Captain Eric Kowalczyk said at a police briefing that one of the injured police officers was unresponsive and several had broken bones.

Kowalczyk said police, who initially tried to use restraint, would begin making arrests and using tear gas and pepper pellets to break up crowds.

Gray’s family, pastors and city officials had pleaded for peaceful demonstrations after some arrests and injuries at protests over the weekend.

Earlier, at the funeral, speaker after speaker said the world was watching to see if justice would be done for Gray, who died on April 19 from a spinal injury after police arrested him a week before.

“We hope that it doesn’t get any worse than that, frankly, because Freddie Gray’s family does not want this,” Bill Murphy, attorney for Gray’s family, told CNN in an interview.