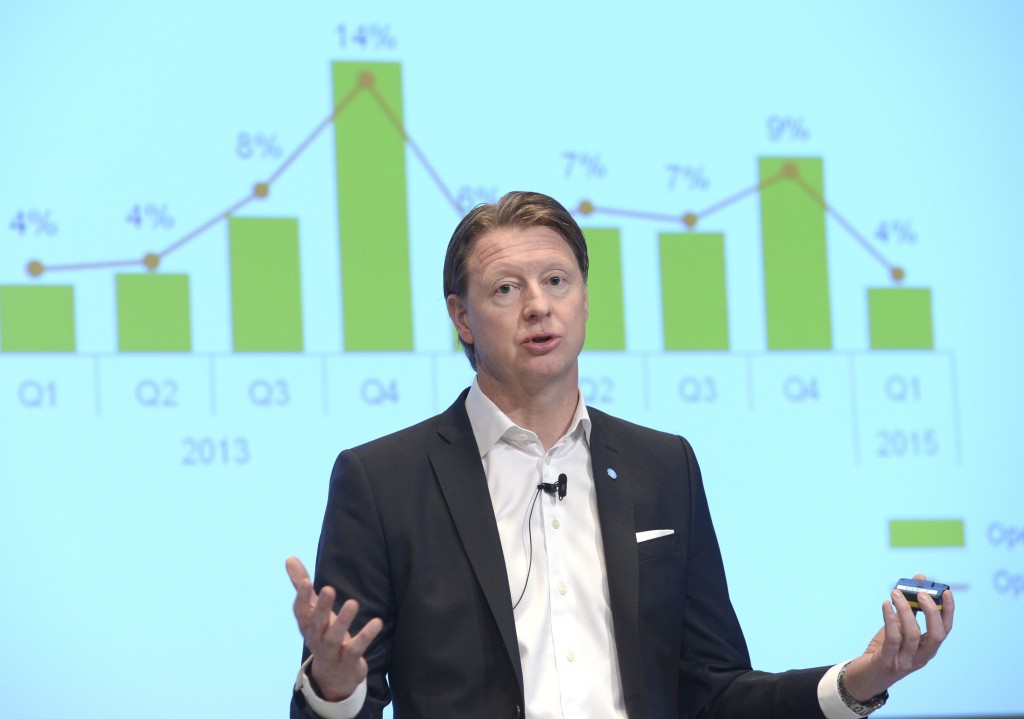 The Stockholm-based company cautioned that no immediate improvement was expected in networks operations in the United States, partly because of increased competition.

Revenue increased 13 percent to 53.5 billion kronor ($6.2 billion) in the first quarter, driven by strong demand in India and North East Asia. It signed 27 professional-services contracts in the period, including “a major multi-country contract in Europe,” it said.

CEO Hans Vestberg said the company would continue to save costs, announcing 850 new job cuts in Sweden, bringing the total to more than 3,000. He said Ericsson would continue “to proactively identify efficiency opportunities,” with a 9-billion-kronor savings program fully implemented by 2017.

The company said it expects the continuation of “the fast pace of 4G deployments in mainland China,” where sales grew 23 percent in the period.

Latin America, which accounts for less than 5 percent of Ericsson’s sales, was the only region to show a drop in sales – of 3 percent – while sales were flat in its largest market, the United States, which makes up more than 12 percent of the company’s trade.

“The North American mobile broadband business (will) remain slow in the short term,” Vestberg said. He added, however, that consumer demand and mobile-data-traffic growth continues to be strong in North America, which would lead to more “quality and capacity investments.”

After rival Nokia’s announcement last week that it was acquiring French telecom company Alcatel-Lucent, which could make it the world’s largest networks provider, Vestberg admitted that competition in the U.S. and global markets was becoming tough.

“We cannot do much about it,” he told analysts during a conference call. “We will focus on executing on what Ericsson is doing and how we are going to succeed in the areas that we are into.”

Ericsson employs 118,700 people worldwide, an increase of 700 from the beginning of the year.