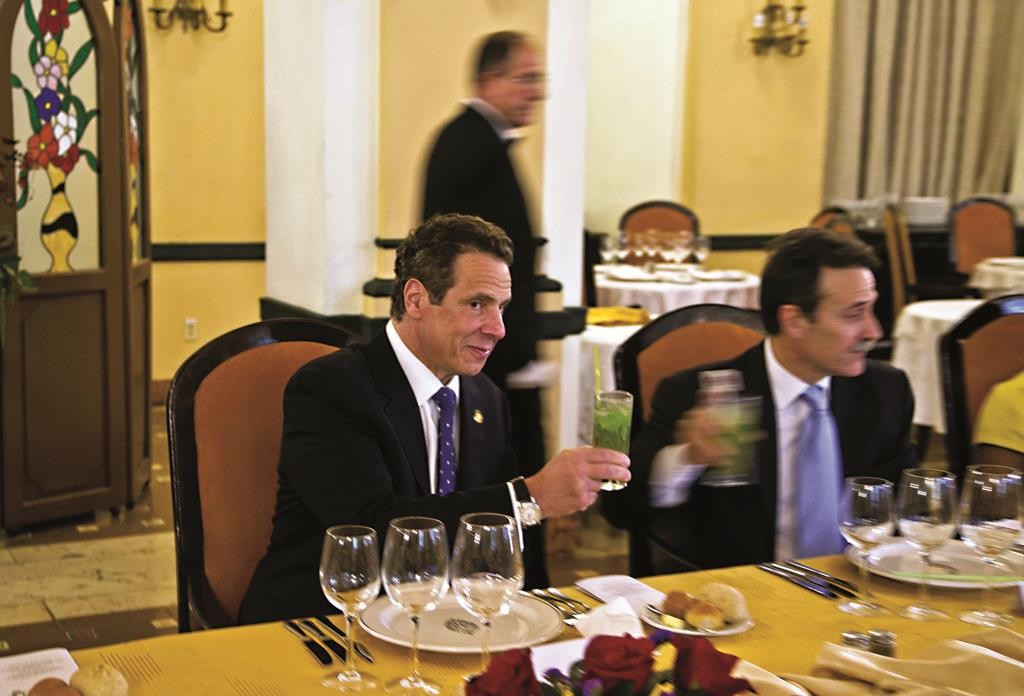 Gov. Andrew Cuomo has met with Cuba’s top officials for U.S. affairs at the start of a trip that makes him the first American governor to visit Cuba since the recent thaw in relations with the communist nation.

Cuomo arrived in Havana Monday and traveled to the Hotel Nacional, where he met with Josefina Vidal, Cuba’s top negotiator, in meetings over re-establishing diplomatic ties. He had meetings planned with officials from the Cuban government and Catholic Church.

The formal state visit on Monday and Tuesday is meant to foster greater ties between New York and Cuba.

Cuomo is traveling with lawmakers and business leaders for what he has called “a tremendous stepping stone” that will “help open the door to a new market for New York businesses.”

In a meeting with Rodrigo Malmierca Díaz, the Cuban minister of Trade and Foreign Investments, Cuomo said the industry leaders traveling with him represent the seriousness with which New York is viewing this new economic opportunity.