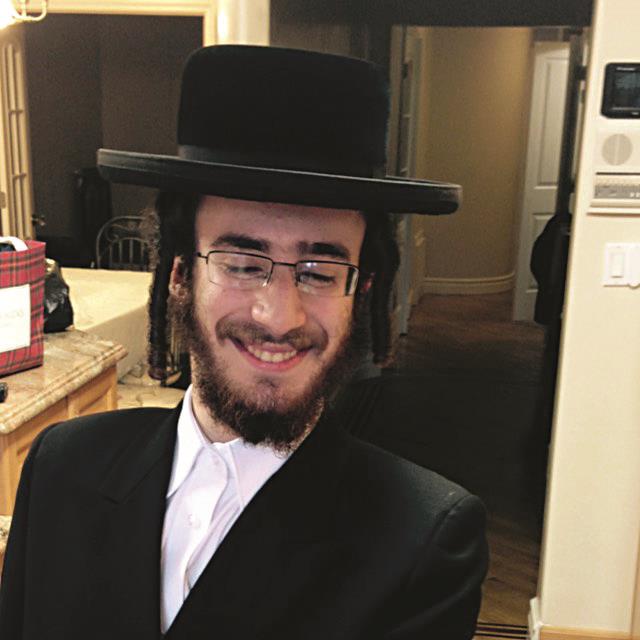 The London community is mourning the tragic petirah of Moshe Yitzchok Grunfeld, z”l, 19. The pain of his untimely passing has been compounded by his delayed burial and threats of an autopsy on the part of the coroner’s office.

The niftar had been studying in the Satmar Yeshivah in Queens, New York, and had returned home for the Pesach break. Friends remember him as a stellar bachur who excelled in learning and conducted himself with exceptional ehrlichkeit.

After a full day of efforts by community activists, chances seem high that the London coroner’s office (the equivalent of the medical examiner’s office in U.S. cities) will forgo an invasive autopsy in the tragic death of Grunfeld, who drowned Wednesday afternoon.

“She [the coroner] agreed to allow a scan at 6:30 a.m. tomorrow [Friday] morning,” Mr. Osher Gratt, the askan most directly connected to the events, told Hamodia. “She will review the results when she gets to the office at nine and if she is satisfied with what they show, we are hoping that she will release the body in time to make the levayah tomorrow afternoon.”

Grunfeld’s body was recovered from a lake in Hampstead Heath by police on Wednesday night, after he drowned while swimming with friends on an unusually hot spring day.

Police allowed the body to be moved to a Jewish chapel so that proper shemirah could be arranged, but Coroner Mary Hassel ordered an autopsy to be performed the next morning, delaying the burial and making an obvious imposition on kvod hameis.

Mrs. Hassel has clashed with the London kehillah increasingly in past months after delaying burials and insisting on invasive postmortem procedures of several community members. Askanim won two victories in higher courts by issuing injunctions to stop such autopsies. She is presently under judicial investigation to examine claims of insensitivity to religious objections from Jews and Muslims.

A lawyer working on behalf of the Grunfeld family issued a passionate letter Thursday morning requesting the coroner’s office to allow a non-invasive scan and pleaded for additional sensitivity given the tragic nature of the incident. The letter also stated that, while they hoped it would not be necessary, they were prepared to go ahead with another high court injunction to block the procedure.

“She does not want another injunction during judicial review. It would look very bad for her, but we do not know what she will do in the end,” said Mr. Gratt.

The family’s lawyer and the coroner’s office exchanged a number of communications throughout the afternoon.

After initially repeating the need for a standard autopsy, citing concerns that a coronary incident was the true cause of death, late in the day, Mrs. Hassel agreed to allow for Dr. Ian Roberts, an expert pathologist, to perform a non-invasive scan.

“We can determine the cause of death in 75 percent of sudden adult deaths, without any other invasive procedure required, using this approach,” Dr. Roberts told Hamodia. “The remaining one quarter of cases require an invasive procedure which is directed by the imaging and limited in almost all cases, often to examination of a single organ.”

Sadly, this is not the first tragedy to befall the Grunfeld family. Moshe Yitzchok’s father, Reb Chaim Yaakov, z”l, a respected member of London’s Satmar kehillah, passed away a few years ago after an extended illness. A friend from London told Hamodia that Moshe Yitzchok had taken on a great deal of his family’s household responsibilities in the wake of his father’s petirah.