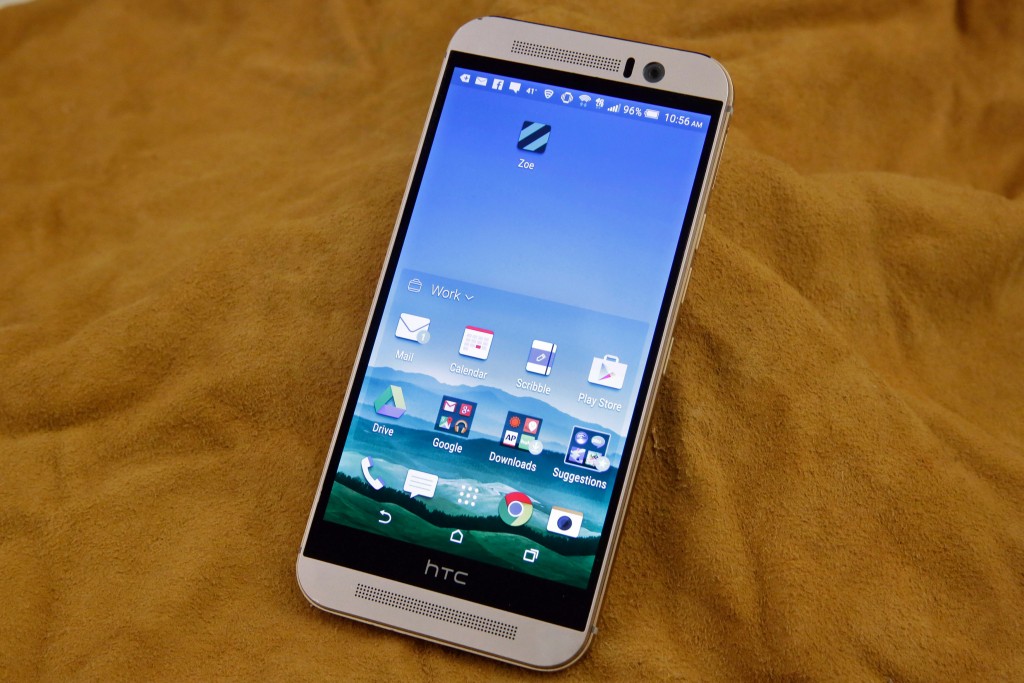 HTC’s flagship One phone has a lot going for it – except strong sales.

In Samsung’s and Apple’s shadows, HTC barely has any market share despite having good phones. But the latest edition of the HTC One, dubbed M9, is even better than previous year’s models, as it addresses a major shortcoming: the camera.

The latest One keeps an elegant, all-metal design with a few changes. The power button moves from the top to the right side to keep the phone from sliding down and out of your hand when pressing. The back edges are also sharper to improve grip, though it does give the phone a boxy feel. The M9 screen stays at 5 inches, as measured diagonally.

Advance orders for the One have already begun in the U.S. The phone will be in retail stores on April 10, though it might ship sooner for those ordering it now. No-contract prices range from $600 at Verizon to $709 at AT&T.

Here are other things to know before you buy.

The 4 megapixels in previous One cameras was quite low, resulting in fuzzy images, especially when cropped or enlarged. HTC had turned its attention to making each pixel capture more light, but the phone didn’t always succeed in taking better indoor and night shots.

The new One fixes that by squeezing in a standard 20-megapixel rear camera. Images are indeed better when enlarged. The new One does well in low light, too, compared with test shots taken with last year’s model.

The One still doesn’t always do as well as the iPhone 6 and Samsung Galaxy S6 in focus, color and exposure, especially in extreme situations. Many indoor shots had a purple tint, and outdoor closeups were out of focus. You can get good everyday shots, but don’t get the One just for the camera.

IT’S IN THE LOCATION

HTC adapts the home screen to your location. At work, for instance, you’re shown apps for email, calendar and note-taking. At home, you see music and an app store for more ways to waste time. When you’re out, you get Maps.

Choices change based on what you use. After a few days, the phone added a particular app while “Out,” given my habit of using that app when on the go. Location also influences suggestions for new apps.

It’s a good feature, though it ought to automatically figure out whether you’re home or at work. You need to specify that – something many people won’t bother to do. And it would be nice to have more options beyond “Out.” Apps you need on your daily commute will differ from what you’d want on the weekend.

When you’re not home, the phone will periodically recommend nearby places to eat, based on Yelp recommendations. Late Thursday afternoon, it sent me to a coffee shop about 15 minutes away by foot. (I went to a pub instead.)

HTC is offering U.S. customers an extended protection plan for one year. You get a free replacement if you crack the screen, drop the phone in the toilet or damage it in any other way. You’re limited to one replacement, and the plan doesn’t cover loss and theft. If you don’t need the replacement, you’ll get a $100 credit on your next One.

The One also has superb sound, through twin front-facing speakers. And it’s one of the few phones still letting you add storage. You can’t replace the battery, though.

There’s no fingerprint reader like the latest iPhones and high-end Samsung phones. The One has a full high-definition display at 1080p, but it’s short of what comes with the latest Samsung and LG phones.

HTC also got rid of a second rear lens, which had captured depth information and allowed you to change the area of focus after the fact. Other cameras do this with a single lens, but not very well. HTC sacrificed that to fit in its 20-megapixel sensor. It’s a good trade-off, as everyday pictures are much better now. But avid photographers will do better with an iPhone or a Galaxy S6. Then again, if you’re clumsy, you can’t beat the promise of a free replacement.