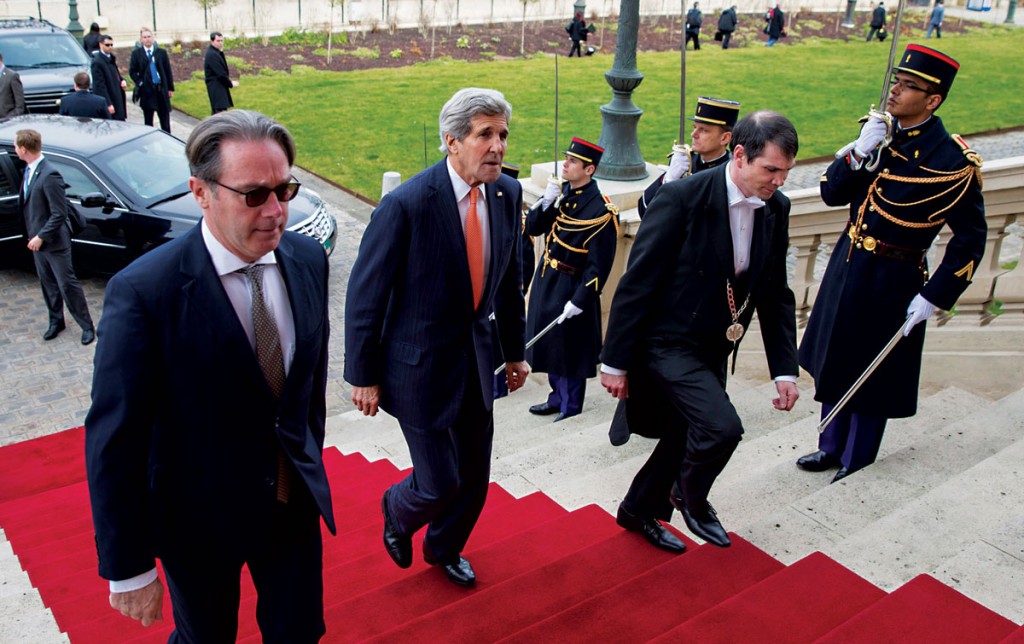 Republican U.S. senators warned Iran’s leaders on Monday that any nuclear deal with President Barack Obama could last only as long as he remains in office, an unusual partisan intervention in foreign policy that could undermine delicate international talks with Tehran.

The open letter was signed by 47 senators, all but seven of the Republicans in the Senate, and none of Obama’s fellow Democrats, who called it a “stunt.” Iranian Foreign Minister Javad Zarif dismissed it as a “propaganda ploy” from pressure groups he called afraid of diplomatic agreement.

In the letter, the senators said Congress plays a role in ratifying international agreements. Noting Obama will leave office in January 2017, they said any deal not approved by Congress would be merely “an executive agreement” that could be revoked by Congress.

The White House said the letter was a partisan effort to undermine Obama’s foreign policy by lawmakers who oppose a deal.

“Congressional Republicans are ready to fast-forward to the military approach before the diplomatic approach has been given the opportunity to succeed,” spokesman Josh Earnest said.

A Western diplomat said the action was “without precedent.” “It’s 100 percent an American issue, but obviously it could become a real problem,” the diplomat said.

Iran’s Zarif blasted the Republicans. “I wish to enlighten the authors that if the next administration revokes any agreement ‘with the stroke of a pen’ … it will have simply committed a blatant violation of international law,” he said in a statement.

The letter seemed to harden partisan lines in the Senate, where Republicans will need Democrats’ support to pass legislation now in the works to tighten sanctions on Iran or require congressional approval of a deal.

“This is a cynical effort by Republican senators to undermine sensitive international negotiations. It weakens America’s hand and highlights our political divisions to the rest of the world,” said Richard Durbin, the Senate’s number-two Democrat.

The letter, first reported by Bloomberg, was the latest Republican effort to influence the Iran talks. Many Republicans worry Obama is so eager for a deal he will sign off on an agreement, leaving Iran able to easily make a nuclear weapon.

Last week, Israeli Prime Minister Binyamin Netanyahu told Congress that Obama was negotiating a “bad deal” with Tehran after Republicans invited him to speak about Iran, without consulting the White House or Democrats.

World powers and Tehran are trying to reach a framework agreement this month, and a final deal by June, to curb Iran’s nuclear program in exchange for easing sanctions.

Secretary of State John Kerry will travel to Switzerland on March 15 for the next round of talks.

The letter was spearheaded by first-term Senator Tom Cotton, who has called for “regime change” in Iran, not negotiations. Signers included all of the Senate’s Republican leaders, and possible 2016 presidential contenders Ted Cruz, Marco Rubio and Rand Paul.

A spokeswoman for Cotton said his office had invited several Democrats to co-sign, but none had done so.