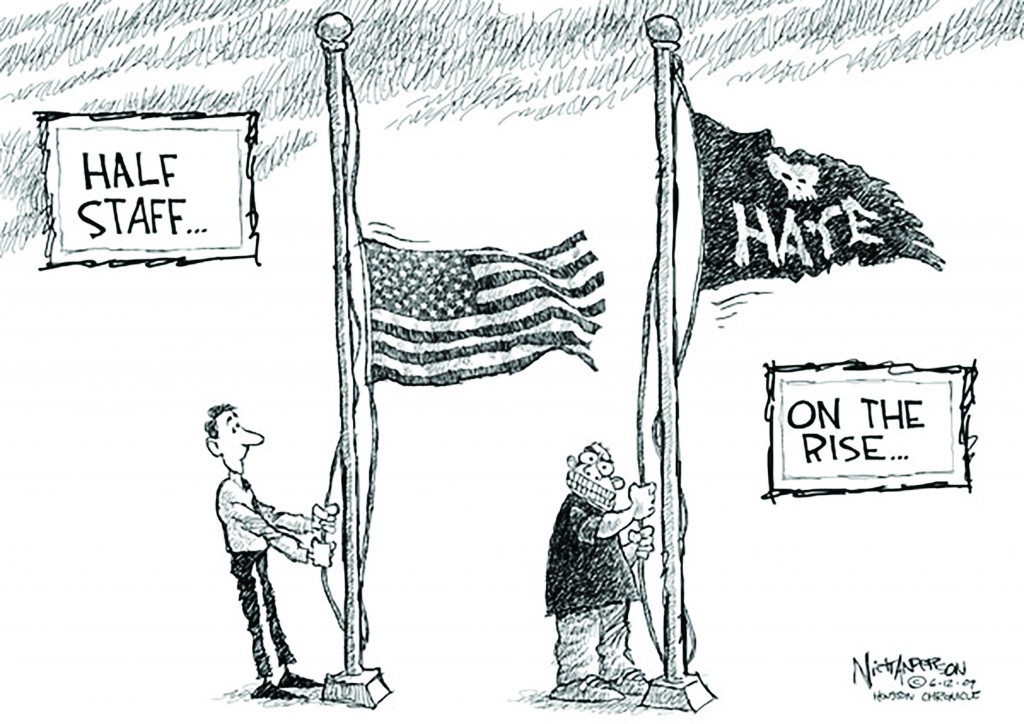 Earlier this month, a newly-married couple and the wife’s sister, upstanding citizens and model university students, were murdered by a neighbor of the couple’s in Chapel Hill, North Carolina.

A heinous crime, to be sure, and it reverberated particularly loudly across the country and around the world. Because the victims, Deah Shaddy Barakat, Yusor Mohammad Abu-Salha and Razan Mohammad Abu-Salha, were Muslims with Middle-Eastern roots; and the alleged murderer, Craig Stephen Hicks, a middle-aged white man.

The suspected killer turned himself in to authorities and was duly indicted. And while authorities said that their preliminary investigation indicated that a dispute over a parking space in the apartment complex where the victims and the alleged killer lived was the proximate cause of the murders, a multitude of Muslim voices wasted no time seizing on the tragedy as an anti-Muslim hate crime.

Members of the victims’ family were the first to make the charge. One tweeted, “My cousin, his wife and sister-in-law were murdered for being Muslim [sic]. Someone tell me racism/hate crimes don’t exist. #MuslimLivesMatter.”

Personal grief can cloud judgment, and it’s understandable that a relative of the murdered young people might assume religious prejudice motivated their murderer. But a slew of Muslim groups — including the Council on American-Islamic Relations (CAIR) and the Universal Muslim Association of America (UMAA) — similarly rushed to imply that the murders were a hate crime, and called for a federal investigation.

The idea of a “hate crime” as a distinct category is an odd one. Most violent crimes, after all, are the product of one or another sort of hatred. (And the emotionless hit man is arguably a worse criminal.) But our society, in a laudable attempt to place opprobrium on racial and religious bias, has seen fit to create such a criminal category and endow it with special penalties. Doing so has in fact had a positive educational effect. In the end, the F.B.I., federal prosecutors and the Civil Rights Division of the Department of Justice announced they would indeed look into the motivation for the killings.

The widespread contention in the Muslim world that the victims were targeted because of their religion struck many as nothing more than a gambit to create a new narrative of Muslims being hunted down by bigots. Murders, after all, involving Muslims in this country — from the 1994 Brooklyn Bridge shooting to Fort Hood and the Boston Marathon — have usually seen the Muslim in the perpetrator’s, not victim’s, role.

For her part, the alleged murderer’s wife insisted that her husband supported liberal causes. In fact, Hicks had apparently been vocally critical of opponents to the building of a mosque near Ground Zero.

“I can say with absolute belief,” she stated, “that this incident had nothing to do with… the victims’ faith, but… was related to a longstanding parking dispute that my husband had with the neighbors.”

There is, however, evidence that the recent slaying of the three innocents may in fact have been the product of religious bias — although not toward Muslims per se.

Because Mr. Hicks, the alleged murderer, seems to have harbored a deep dislike of … religion — all religion. He had prominently posted his feeling that “I want religion to go away. I don’t deny your right to believe whatever you’d like; but I have the right to point out it’s ignorant and dangerous…” He also posted a photo of a supplicant with hands clasped, with the comment “Praying is pointless, useless, narcissistic, arrogant and lazy; just like the imaginary G-d [sic] you pray to.”

University of California sociologist Reza Aslan notes that, among the population that calls itself “atheist,” there exists a subset of “anti-theists,” people — like authors Richard Dawkins (of whom Hicks, incidentally, was a fan) and Sam Harris — who actively deride belief and believers, who exhibit “a sometimes virulent opposition to the very concept of belief.” And a subset of those anti-theists are militant, even violent.

Not long ago, President Obama dared to remind an audience that it’s not only Islam that has been invoked by evil people as justification for violence, but Christianity as well. He referenced the Crusades, but could just as easily have made mention of Christian terrorism in India or Central Africa (or “Christian militias” in the United States).

The Chapel Hill murders should open our eyes further still, to the fact that there are evil, violent people not only in the Muslim and Christian (and Hindu and Buddhist) communities these days who invoke their faiths to justify murder and mayhem, but among the faithless as well.