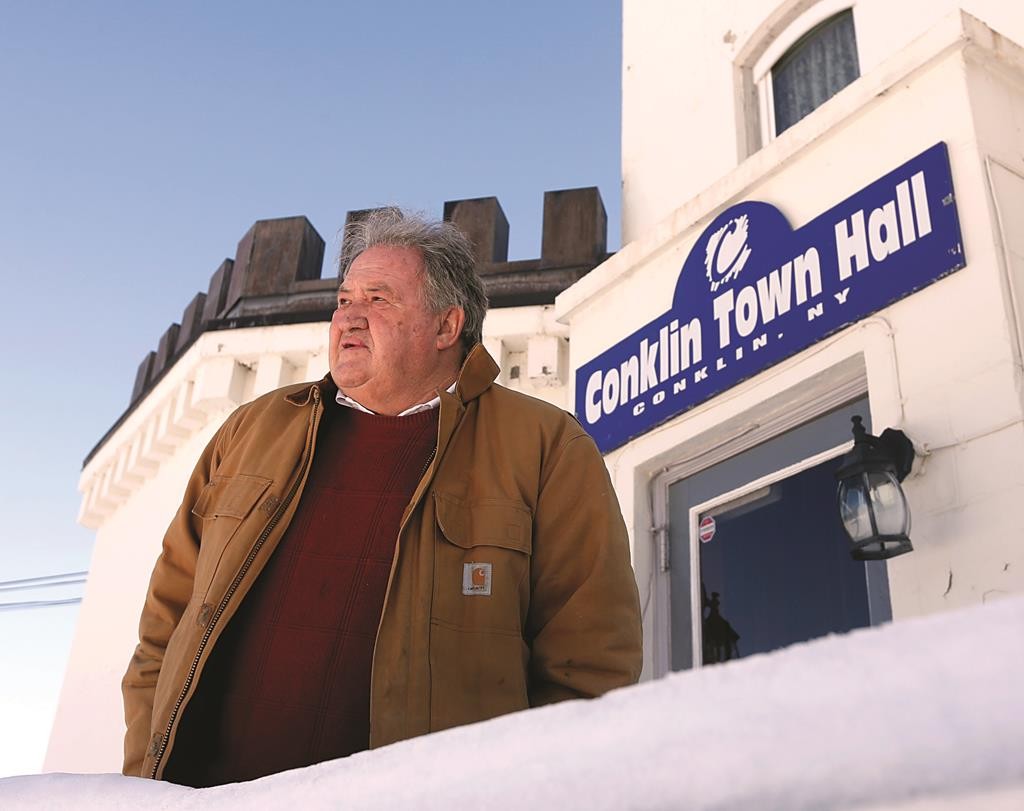 Plenty of people leave New York state, but in a job-hungry stretch of upstate, folks angry at Gov. Andrew Cuomo’s liberal policies talk about staying put and seceding to Pennsylvania.

Local officials stung by the Democrat’s recent decision to ban natural gas fracking have raised the idea of redrawing the Keystone State’s border to wrap around parts of New York. Even though they don’t expect it to happen, members of the Upstate New York Towns Association hope the specter of secession will result in something — anything — good for a struggling part of the state peering enviously over the state line.

The Southern Tier sits atop the same gas-rich Marcellus Shale formation that has allowed Pennsylvania and other states to ride the fracking boom. But in December, the Cuomo administration banned hydraulic fracturing based on potential health risks.

Many in this economically struggling area saw it as another instance of New York City’s liberal desires trumping upstate needs. Adding salt to the wound: the state rejected two Southern Tier casino applicants that day.

With its 8.4 million people, its powerhouse financial sector and its global glamour, New York City dominates the state of 19.65 million. Most secession movements in New York are fueled by the cultural differences between the big city and less crowded upstate areas closer in spirit to New England or the Midwest: Consider that Buffalo is closer to Cleveland than Manhattan.

Town of Conklin Supervisor Jim Finch said he mentioned secession jokingly the day the fracking ban was announced, after a reporter asked him what they would do next. But he said a recent survey sent out by state Sen. Thomas Libous that included a question about seceding to Pennsylvania “popped the question right to the top.”

Finch is an avuncular 76-year-old who hardly seems like the type to lead an escape from New York. He cheerfully concedes that a redrawing of the state line down the road from his office — settled since 1786 — will not happen.

But a message has been sent.

Secession would be a complex procedure involving two states and the federal government. New York officials would have to sign off on a deal costing them land, people and political clout. Also, it would require New York’s governor and political leaders to acknowledge that their counterparts in Pennsylvania do a better job.

Still, such talk resonates in this area of shopworn towns and open spaces.

“Anything upstate, they don’t do a thing for us. They don’t. They’re always saying they’re going to bring jobs … they do nothing,” George Leatso said as he bought groceries at a local market. Leatso said he has 82 acres in Conklin that could potentially earn him royalty payments from gas companies, if drilling were allowed.

Leatso was being rung out by cashier Marilyn Clark, who was less sure about expanding the Keystone State.

The town group is now conducting a study comparing taxes and the costs of doing business in the two states.