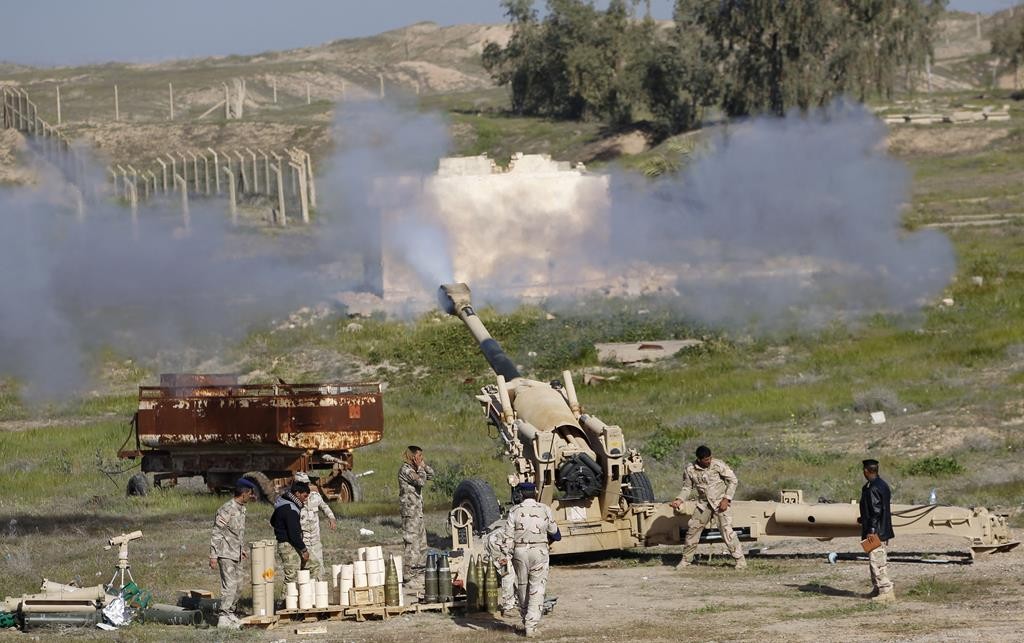 Backed by Iranian-supported Shiite militias, Iraqi forces launched a large-scale offensive Monday to retake Saddam Hussein’s hometown from the Islamic State group, the first in a series of campaigns to try to reclaim large parts of northern Iraq from the Sunni extremists.

Previous attempts to capture the symbolic city have failed, and hours into Monday’s operation, the military said it still hadn’t entered Tikrit, indicating a long battle lies ahead. Retaking it will help Iraqi forces secure a major supply link for any future operation to retake Mosul, Iraq’s second-largest city which has been under terrorist rule since June.

State-run Al-Iraqiya media outlet said that forces were attacking from different directions, backed by artillery and airstrikes by Iraqi fighter jets. It said the IS forces were dislodged from some areas outside the city, but several hours into the operation, it gave no additional details.

Tikrit, the provincial capital of Salauhddin province, 80 miles north of Baghdad, fell to the Islamic State group last summer, along with Mosul and other areas in the country’s Sunni heartland.

U.S. military officials have said a coordinated military mission to retake Mosul will likely begin in April or May and involve up to 25,000 Iraqi troops. But the Americans have cautioned that if the Iraqis aren’t ready, the offensive could be delayed.

The U.S.-led coalition launching airstrikes targeting the Islamic State group was not involved in the Tikrit operation, Iraqi officials said. A Pentagon spokesman, Army Col. Steve Warren, said the U.S. was alerted to the offensive before it started Monday but was not asked to provide air power.

The powerful general has emerged as the chief tactician in Iraq’s fight against the Sunni terrorists, working on the front lines alongside dozens of advisers from his country’s Revolutionary Guard to direct Shiite militiamen and government forces in the smallest details of battle.

Fars also reported drones were flying over Tikrit, without identifying whether they were Iranian or Iraqi.