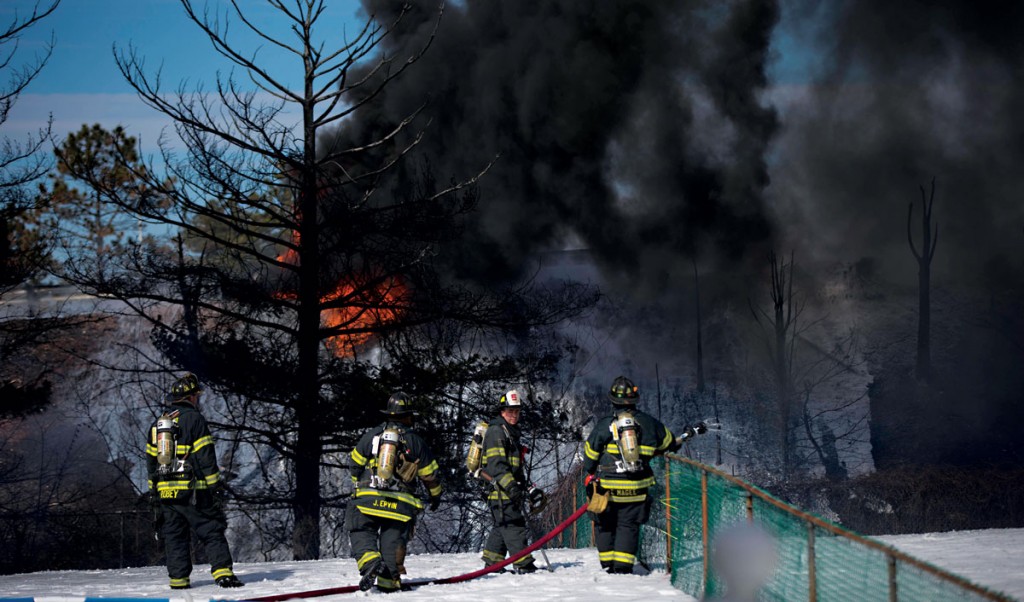 A tanker truck carrying nearly 9,000 gallons of fuel caught fire Monday on a major highway in southern New Jersey, spewing thick black smoke into the sky that was visible 5 miles away, in downtown Philadelphia.

The driver got out of the vehicle and was hospitalized, along with one firefighter, in stable condition.

The fire broke out shortly after 11 a.m., when the truck overturned on a ramp in Pennsauken. Firefighters began dousing the truck with foam around noon. The blaze appeared to be out 10 minutes later but then reignited. Firefighters had it mostly under control again by 12:20 p.m.