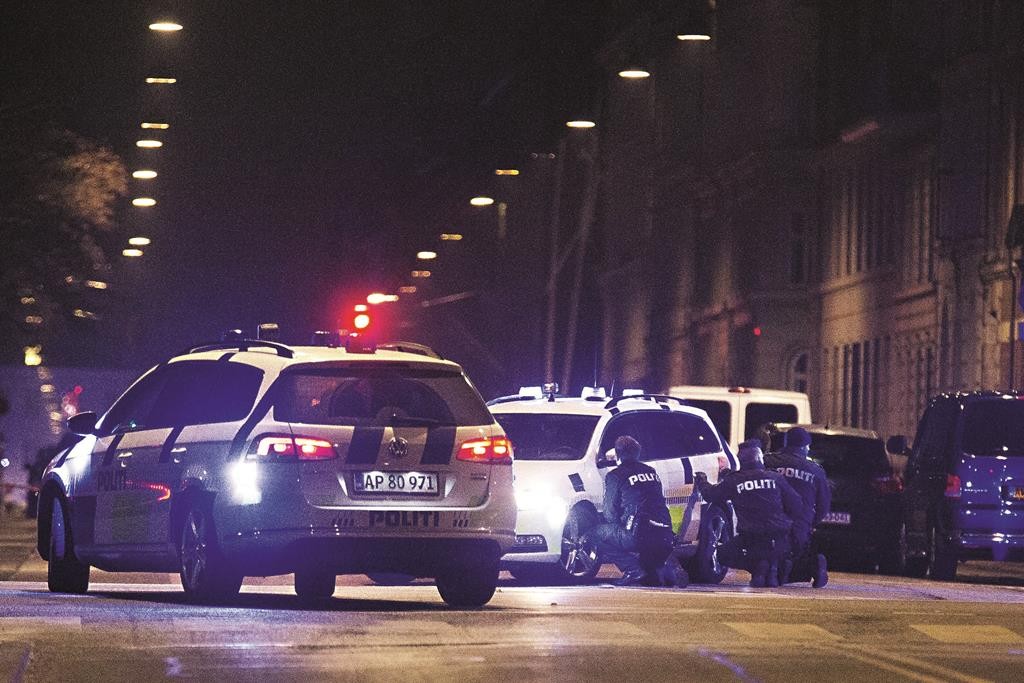 Despite a warning from prison authorities that the gunman behind a weekend shooting spree in Copenhagen was at risk of being radicalized in jail, Danish intelligence officials insisted Tuesday they had no reason to believe he was plotting attacks after his release.

Omar Abdel Hamid El-Hussein was killed in a shootout with a SWAT team early Sunday after attacks on a free speech event and a synagogue that killed two people and wounded five.

The Danish Security and Intelligence Service, known by its Danish acronym PET, acknowledged that the 22-year-old gunman was flagged in September under a program meant to alert PET to “inmates who are at risk of radicalization.”

El-Hussein, a Denmark native with Palestinian parents, was in pre-trial detention at the time for seriously wounding a train passenger in a knife attack, court documents show.

What prompted prison authorities to sound the alarm is unclear, but PET said that the information gave the agency “no reason to believe that the now deceased 22-year-old alleged perpetrator was planning attacks.”

PET also said it didn’t have any intelligence before the gunman’s shooting sprees at a cultural center and synagogue that an attack was imminent. PET chief Jens Madsen declined to elaborate when reached by phone Tuesday.

“We are in the middle of an investigation with many aspects, many things to look into. There are lots of unanswered questions right now,” Madsen told the Associated Press.

A Danish artist and a Jewish security guard died and five police officers were wounded in the shootings before the gunman was killed.

Two sources close to the case identified the gunman as El-Hussein. They spoke on condition of anonymity because his identity hasn’t been released by police. One said El-Hussein was released from jail about two weeks before the attacks after serving time for the train stabbing.

Court documents from that case describe El-Hussein as a repeat offender with a record of violence and weapons violations. During previous stints in prison, El-Hussein was deemed at risk of falling ever deeper into a life crime. He was offered “support and guidance regarding personal and social circumstances,” but declined.

However, there was no mention of any radical views.

“Nothing like that came up during the trial,” his defense lawyer in the case, Rolf Lindegaard Gregersen, told AP.

The Danish Parliament opened Tuesday with a minute of silence for the victims of the shooting attacks.

Authorities have said the gunman may have been inspired by last month’s terror attacks by Islamic extremists in Paris. But Danish Prime Minister Helle Thorning-Schmidt said there was no indication he was part of a wider cell, and no known terrorist group has taken responsibility for the attacks.

Police are still looking for potential accomplices. On Monday, a judge ordered ten days of pre-trial detention for two people accused of helping el-Hussein get rid of a weapon while evading authorities. Both men deny the charges, said Michael Juul Eriksen, a defense lawyer for one of the two.

El-Hussein’s first target was a cultural center hosting a panel discussion with a Swedish artist who had caricatured the founder of Islam.

The second shooting happened outside the synagogue after midnight Sunday, where the gunman opened fire on the 38-year-old Jewish security guard and two police officers.

Police fired back during the first shooting — apparently missing the gunman — while it’s unclear whether the officers outside the synagogue fired their guns.

Mogens Lauridsen, operative chief of the Copenhagen Police, told AP that there’s a possibility that at least one of the officers may have damaged his gun or lost the clip when he dropped to the ground during that shooting.

Denmark has foiled a series of terror plots since the 2005 publication of 12 caricatures of the founder of Islam in the Jyllands-Posten newspaper triggered riots in Muslim countries and calls for vengeance.