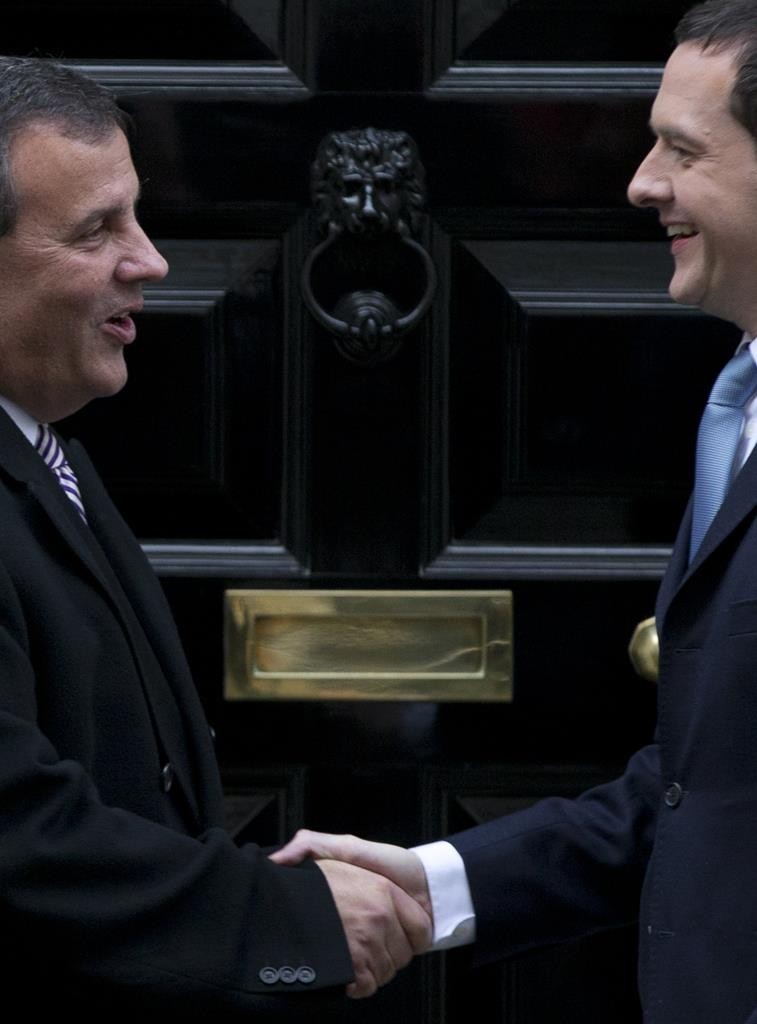 New Jersey Gov. Chris Christie canceled planned availabilities with reporters in London on Tuesday after his comments on vaccinations sparked a political flap at home.

The Republican governor and likely presidential contender had originally been scheduled to address the press three times during the final day of his three-day trip to the United Kingdom. Instead, the availabilities vanished from his schedule, which included lunch with the chancellor of the exchequer and a visit to the famous Globe Theatre.

“Is there something you don’t understand about, ‘No questions?’” Christie snapped when a reporter asked whether he’d discussed the Islamic State group during his meetings.

“We’re just not having press availability today,” his communications chief Maria Comella said when asked for an explanation.

Billed as an official trade mission, the trip doubled as a chance for Christie to broaden his foreign policy resume and build relationships with world leaders. But coverage of the trip has been dominated by remarks he made Monday after touring a pharmaceutical facility, that parents “parents need to have some measure of choice” when it comes to whether to vaccinate their children.

Christie’s office quickly backtracked, releasing a statement that declared that, “with a disease like measles there is no question kids should be vaccinated.” But the comments drew scorn across, first online, and then from medical professionals, newspaper editorial boards and national Democrats, who accused the governor of ignoring medical science.

A measles outbreak centered in California has sickened more than 100 people, focusing attention on parents who choose not to vaccinate their children. Some do so for religious or philosophical reasons, while others cite a concern that vaccines can lead to autism and developmental disorders — a link debunked by rigorous medical research.

His original schedule had included two “gaggle” opportunities where reporters could ask questions as well as planned “brief remarks” after a lunch with George Osborne, the chancellor of the exchequer, outside 11 Downing Street.

The remarks were indeed brief.

“We had a lot of fun,” Christie responded to shouted questions as he bypassed waiting microphones and marched to his waiting car.