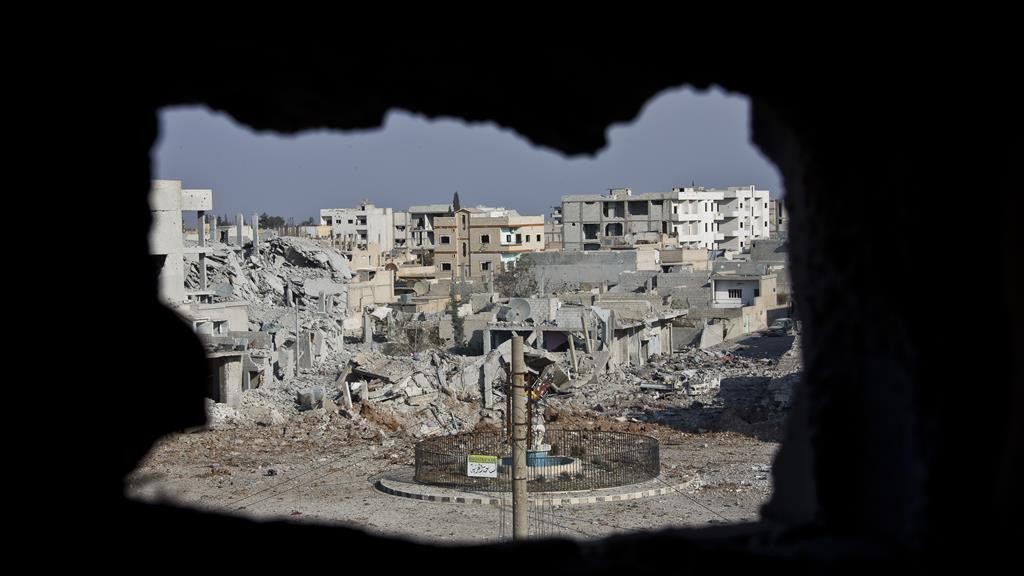 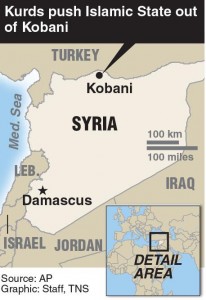 Jubilant Kurdish fighters ousted Islamic State terrorists from the key Syrian border town of Kobani on Monday after a four-month battle — a significant victory for both the Kurds and the U.S.-led coalition.

The Kurds raised their flag on a hill that once flew the Islamic State group’s black banner. On Kobani’s war-ravaged streets, gunmen fired in the air in celebration, fighters embraced, and troops danced.

The failure to capture Kobani was a major blow to the terrorists whose hopes for an easy victory dissolved into a costly siege under withering airstrikes by coalition forces and an assault by the Kurdish militia.

For the U.S. and its partners, Kobani became a strategic prize, especially after they increased the number of airstrikes against IS fighters there in October.

“Their defenses have collapsed and its fighters have fled,” he told The Associated Press from Turkey, adding that he would return to Kobani on Tuesday.

Kobani-based journalist Farshad Shami said the few civilians who remained had joined in the celebration. Most of the town of about 60,000 people had fled to Turkey to escape the fighting.

Several U.S. officials said they couldn’t confirm that Kurdish fighters have gained full control of Kobani, but added that they have no reason to disbelieve the claims.

A senior U.S. official said the Kurds controlled most of the town and have consolidated control particularly in the central and southern areas. The official said Islamic State terrorists still have a considerable presence in outlying areas around Kobani and are still putting up stiff resistance to the Kurds in those pockets outside it.