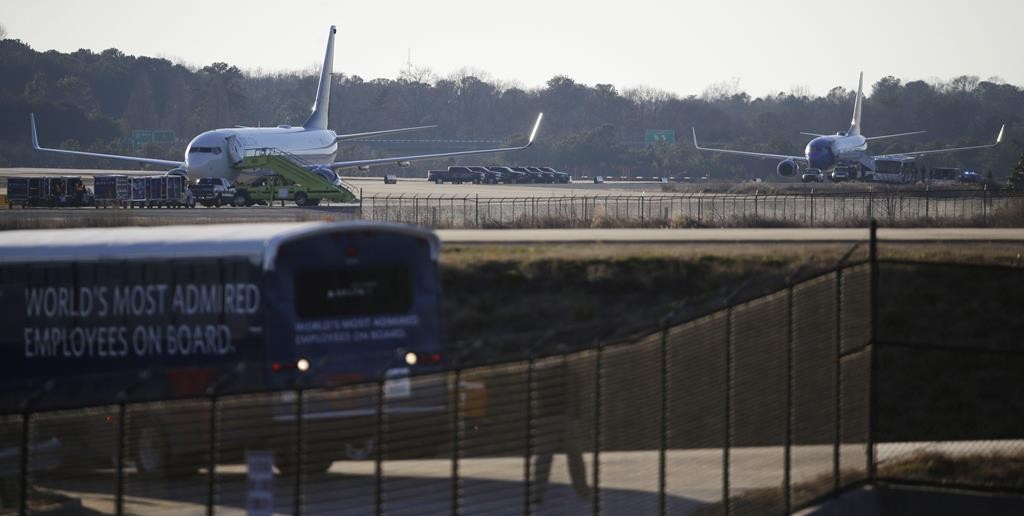 “We certainly take these types of threats seriously and we’re pursuing them aggressively,” Federal Bureau of Investigation Special Agent Stephen Emmett told The Associated Press, a day after the threats were made.

“We are continuing to pursue leads in the efforts to locate this individual,” he added.

Airport officials said Saturday’s threats targeted Southwest Airlines Flight 2492, which arrived at Atlanta from Milwaukee; and Delta Air Lines Flight 1156, which arrived from Portland, Oregon. No bombs were found in searches of both planes after they landed safely Saturday in Atlanta.

The threats had been posted on social media, said Preston Schlachter, a spokesman for the North American Aerospace Defense Command. After being alerted, military officials sent two F-16 fighter jets from a base in South Carolina to escort the commercial aircraft to Atlanta.