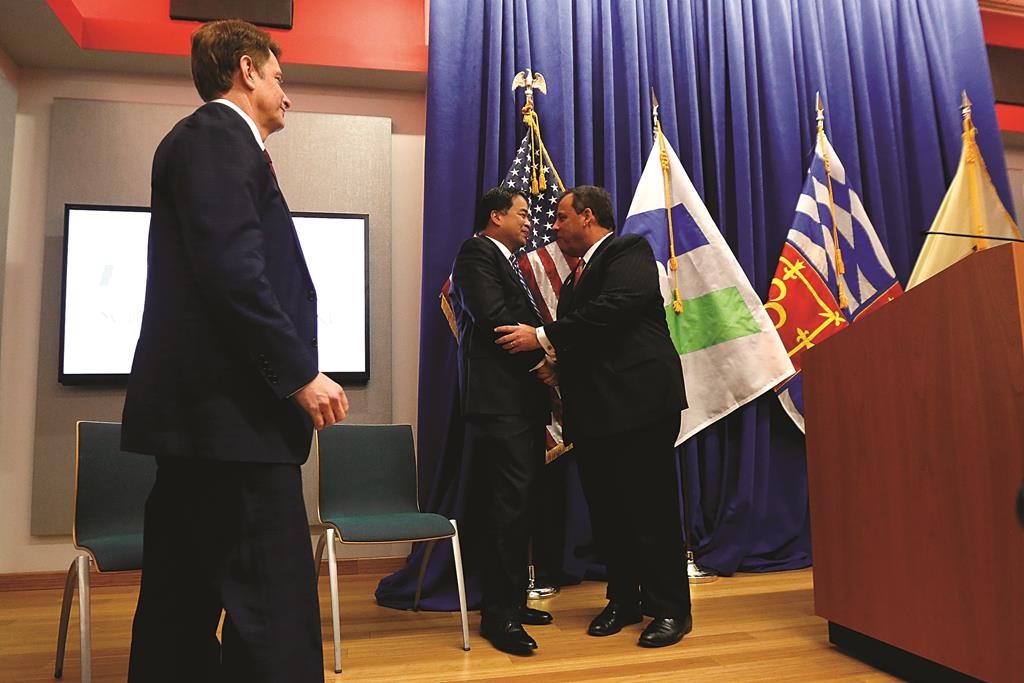 A day after delivering a State of the State address widely seen as an informal kick-off to a potential campaign for president, New Jersey Gov. Chris Christie traveled to South Carolina on Wednesday to court potential donors in the early-voting state.

Christie spent the morning at the swearing-in of incumbent Gov. Nikki Haley, part of an ongoing cross-country victory tour of GOP governors taking office, capping off his role as chairman of the Republican Governors Association. Christie was the only potential 2016 candidate in attendance at the chilly ceremony on the statehouse steps and a private luncheon at the governor’s mansion.

“I think it’s pretty clear that Gov. Christie has plans over the next year to-year-and-a-half. That was the sense among everyone in the room,” said Matt Moore, the chairman of the South Carolina Republican Party, which co-hosted the Christie event. “He said he’s got eight more days of his official RGA activities, but stay tuned.”

Christie’s team is in the early stages of putting together a political action committee to begin raising and spending money. Should Christie enter the presidential race as expected, the committee could easily be transformed into a campaign.