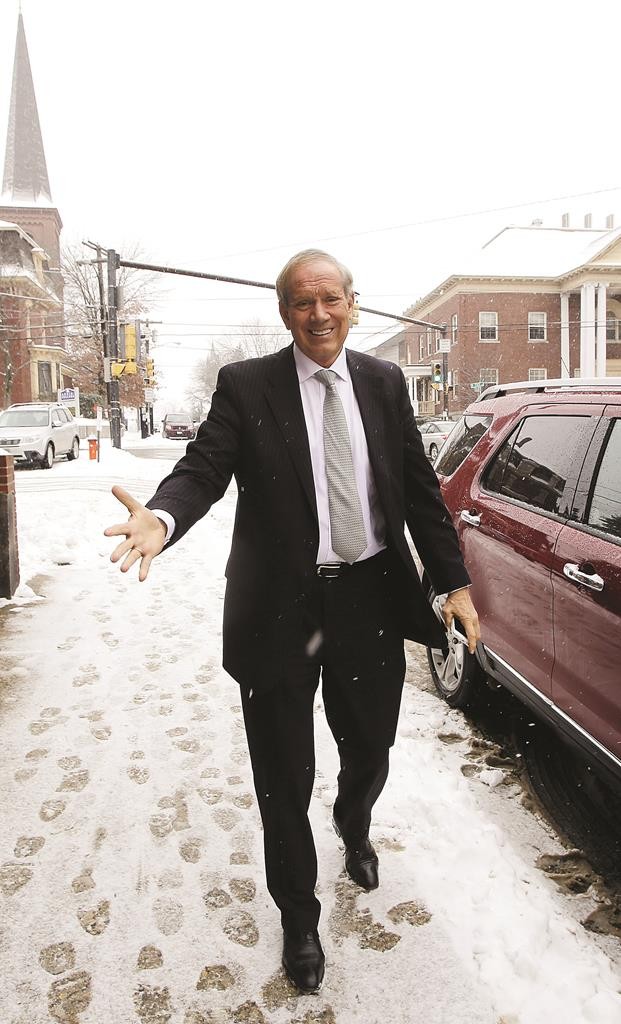 “That’s one of the reasons I think the outcome of this election is so important, and I’m so much more inclined to get involved,” Pataki said in an interview.

The Republican capped a two-day trip to the early voting state of New Hampshire on Monday, sounding very much like a politician ready to jump into what’s expected to be a deep field of GOP candidates that could number more than a dozen.

While in New Hampshire, he criticized a number of President Barack Obama’s policies, including his recent executive order on immigration.

“We’ve seen an explosion in government power from Washington and the government is far too big, far too powerful, far too expensive and far too intrusive, and the need to reform Washington dramatically and reduce its power and influence has never been greater,” Pataki said.

Pataki, who tweeted Monday that he did more than two dozen events while in the state and pledged to return soon, said he was in the process of building a campaign team and starting a fundraising operation.

Pataki left office in 2007 after serving three terms as governor of New York. Should he run for president, he could find himself at odds with some Republican voters over his record on environmental policy in New York, where he floated the idea for a now-in-place regional effort to reduce greenhouse gas emissions.