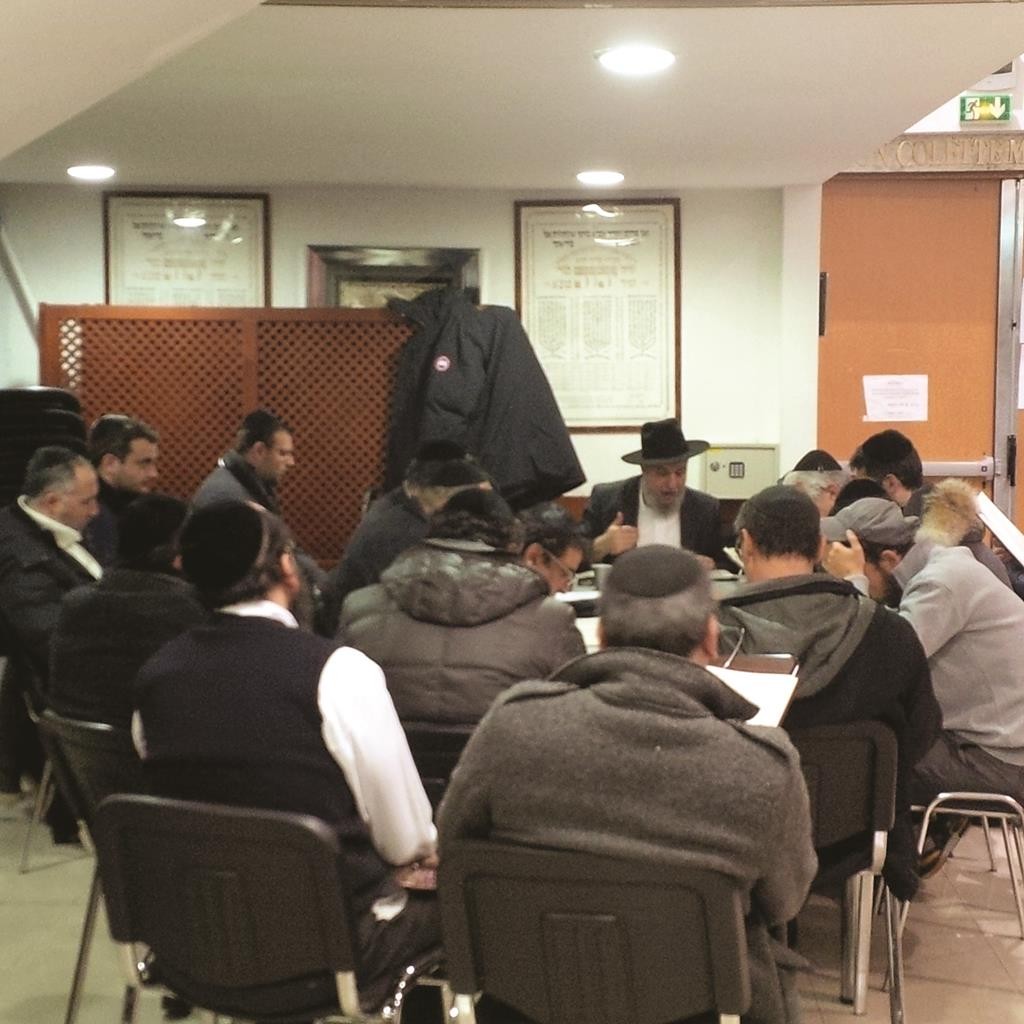 The following are excerpts from an exclusive interview given to Hamodia’s special correspondent, dispatched from our London bureau office to Paris, with Rabbi Dovid Levy. Rabbi Levy’s shul, Kehillas Makom Torah, is a two- or three-minute walk from Hyper Cacher grocery, where the horrific attack occurred last Friday.

As your shul is the closest and the one that was certainly most affected, what can you say about the feelings of the kehillah about the recent events?

Hyper Cacher is our local supermarket. It is the only place nearby to buy kosher food and so it’s really the shul’s store. Everybody uses it and any one of us could have been there, especially on Friday when people go to get their last-minute groceries for Shabbos. We have all heard of terrorist attacks occurring, but we have never felt it so close to home.

In a certain sense, every single one of us could recite Birchas Hagomel [the brachah for one saved from a dangerous situation].

We heard that one member of the shul was in the store with a baby. Can you tell us a little of what you heard of how they were saved?

The only thing to say is that what happened was a real nes [miracle]. She was one of the people who was hiding in the refrigerator. It is not only amazing that the terrorist did not know that they were there, but the baby that was with this woman is only a month old. Had he cried, the killer could have found them all. Every minute of the ordeal was a Gehinnom for those who were there, but baruch Hashem the outcome was not, chas v’shalom, worse than it was.

Were tefillos held in the shul Friday night while the standoff was still in progress?

The police asked us to close the shul Friday night because they were afraid that the terrorist had an accomplice on the loose who could come to his aid. We made a minyan in my apartment. My building is mostly Jewish.

In the middle of davening we heard the sound of shooting and understood that the police had gone in to the shop. However, we did not really find out what had happened until after Shabbos.

Shabbos morning, we were able to open the shul and everybody came.

What is the Jewish community planning to do in reaction to the tragedy and in honor of the niftarim, Hy”d?

We made a decision, b’ezras Hashem, to make a mass gathering the coming Motzoei Shabbos for both inspiration and to eulogize the Kedoshei Elyon who were killed. We mustn’t forget that the four people died while they were shopping for Shabbos — they were murdered while performing the mitzvah of kavod Shabbos, in addition to the fact that they were killed for being Jewish.

Rav Chaim Kanievsky said that while Hashem decided that the victims should not live out the year this past Rosh Hashanah, they were given a special merit to die al Kiddush Hashem and while performing a mitzvah. They are each truly Kedoshei Elyon.