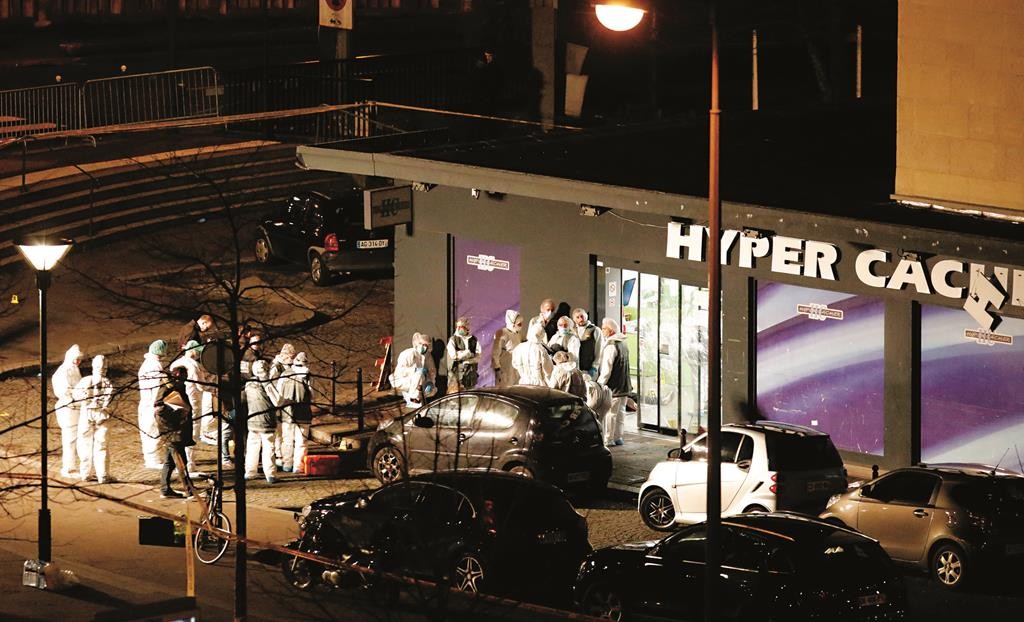 At the kosher supermarket in Paris, a quick-thinking Muslim employee hides several Jewish shoppers in the basement before sneaking out to brief police on the hostage-taker upstairs. In the town of Dammartin-en-Goele, a poker-faced businessman fools a pair of gunmen into believing they’re alone in the building before being allowed to leave unharmed.

In the days after the bloody end to twin French hostage crises Friday, stories of life-saving courage are beginning to filter out. One of the most striking is the story of Lassana Bathily, a young immigrant from Mali who literally provided police with the key to ending the hostage crisis at the supermarket.

Bathily was in the store’s underground stockroom when gunman Amedy Coulibaly burst in upstairs, according to accounts given to French media and to a friend of Bathily’s who spoke to The Associated Press. Bathily turned off the stockroom’s freezer and hid a group of frightened shoppers inside before sneaking out through a fire escape to speak to police. Initially confused for the attacker, he was forced to the ground and handcuffed.

Once police realized their mistake, he provided them with the key they needed to open the supermarket’s metal blinds and mount their assault.

“The guy was so courageous,” said Mohammed Amine, a 33-year-old friend and former coworker of Bathily’s who spoke to him about the assault on Saturday.

A police official, speaking on condition of anonymity because he wasn’t authorized to talk on the record, explained that the key Bathily gave police allowed them to storm the supermarket without having to punch their way through the shutters.

About 25 miles to the northeast, another hostage’s cool head helped keep a bad day from getting worse. Businessman Michel Catalano was waiting on a supplier at his office in Dammartin-en-Goele when he saw brothers Cherif and Said Kouachi approaching with Kalashnikov rifles. As his colleague, a 26-year-old he identified only as Lilian, ran to hide, he distracted the gunmen. He offered them coffee and — after a brief exchange of fire with authorities outside — bandaged one of the brother’s necks.

“I stayed an hour with them,” Catalano told AP. “I was never scared, because I had only one idea in my head: ‘They should not go to the end (of the hallway) to see Lilian, that’s all.’ That’s what kept me calm.”

Eventually, Catalano was released by the hostage-takers as police swapped text messages with Lilian inside. Just before dusk, the brothers ran outside, guns blazing. They died in a hail of return fire.

Back at the kosher supermarket, police used Bathily’s key to mount their assault, killing Coulibaly and freeing 15 hostages.

Amid the bravery, there was also tragedy.

Police found four hostages, Hy”d, dead inside the supermarket, apparently shot by Coulibaly when he entered the store.