Community Sticking His Neck Out for the Jewish Community
Community 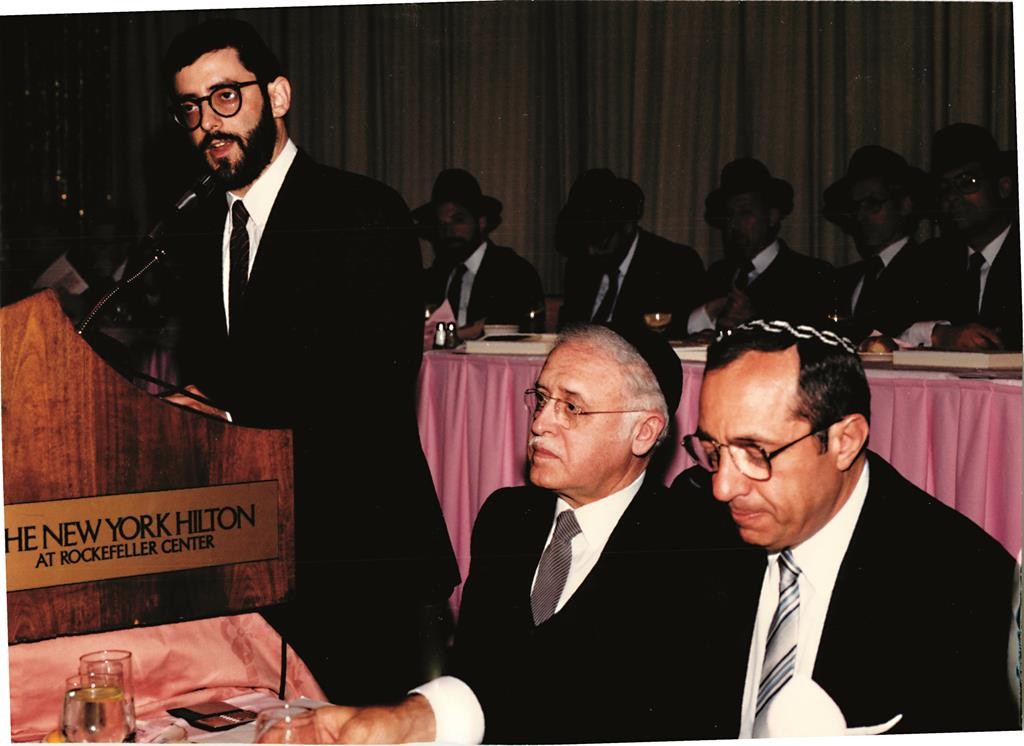 New York State Governor Mario Cuomo, who passed away last week, is being remembered in Jewish circles as a strong supporter of Israel, a fierce warrior against anti-Semitism, and a friend of many Jewish causes.  All of this is true, as I can personally attest. The bonds between Governor Cuomo and Agudath Israel — particularly with Rabbi Moshe Sherer, z”l — were exceptionally strong, and I had frequent occasion to witness the special relationship the Governor enjoyed with the Jewish community.

What may be less-well-known, though, was Governor Cuomo’s readiness to stick his neck out to help needy Jewish populations even when he knew he would be attacked for doing so.

Specifically, there were times when the community promoted controversial legislative initiatives which, in the strongly worded opinions of a number of prominent legal scholars, crossed the constitutional line that separates religion from state.  Many on the liberal/progressive side of the political equation pressured Governor Cuomo to veto these controversial bills. Yet, despite his own personal political leanings, the governor recognized how important these bills were to the Jewish community, and he signed them into law.

In 1983, Mario Cuomo’s very first year as governor, the state legislature passed a bill designed to help alleviate the thorny agunah problem that affects far too many women in the Orthodox Jewish community. The bill, which was the brain-child of Nathan Lewin and a number of other constitutional scholars, required a spouse seeking a civil divorce to take all steps necessary to remove barriers to his spouse’s remarriage — including, specifically, religious barriers. This bill, which was spearheaded by Agudath Israel with the support of Gedolei Yisrael, created pressure on recalcitrant husbands to participate in the get process, or else lose their ability to receive a civil divorce.

Many legal scholars opined that the bill created an unconstitutional establishment of religion. Indeed, an earlier version of the bill was withdrawn when former Governor Hugh Carey told its supporters that he would veto the bill on constitutional grounds.

The bill’s opponents came out in full force. The New York Civil Liberties Unions, the American Jewish Congress, the New York Federation of Reform Synagogues and a host of other powerful groups lobbied the new governor to veto it.

But Governor Cuomo didn’t flinch. He understood the human tragedy of Jewish women who were chained to dead marriages. And so he stood up for them, and signed the bill into law.

Another example of how Governor Cuomo was prepared to take a constitutionally controversial stance in order to help needy members of the Jewish community came when the U.S. Supreme Court ruled that the Kiryas Joel school district was unconstitutional. That school district, which had been established to serve the special needs population of Kiryas Joel and beyond, did not comport with the High Court’s understanding of church-state separation.

Kiryas Joel’s supporters, however, did not throw in the towel. They went back to the state legislature and persuaded the legislature to pass an amended version of the bill, which was designed to address the concerns identified in the Supreme Court ruling.

Legal scholars howled. This new bill, they said, is nothing more than a subterfuge designed to bypass a clear Supreme Court ruling.  They brought to bear tremendous pressure to have Governor Cuomo veto the bill.

Again, though, the governor disappointed many in his liberal base, and signed the bill into law. He recognized that children with special needs deserve every opportunity to succeed, and that special accommodations needed to be made for the chassidic population of Kiryas Joel in order to help them maximize their human potential.

Governor Cuomo’s bold stance on these two issues was not designed to win any popularity contests. Especially for a politician giving serious consideration to running for national public office in the Democratic Party, skating so close to the constitutional line of separation between government and religion, and antagonizing key elements of his political base, was a risky proposition.

But Mario Cuomo was more than just a politician. He was a human being. A human being who cared.