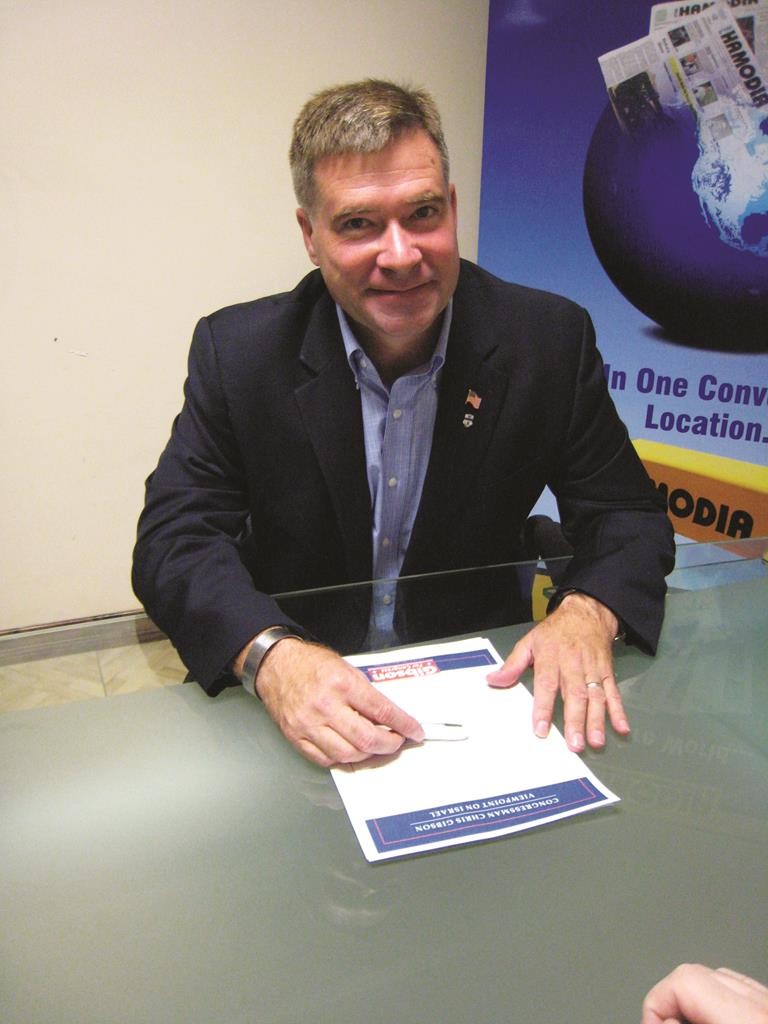 But in a statement, the 50-year-old retired Army colonel indicated that he is not finished with politics. He said he might be a candidate for office in New York in four years — when Democratic Gov. Andrew Cuomo’s second term would be ending.

“Moving forward, I will be committed to building a stronger team so that the GOP can compete and win statewide in 2018, including the possibility of being a candidate in that cycle,” Gibson said.

Gibson has one of the more centrist voting records among congressional Republicans. This will be his third two-year term representing the mid-Hudson Valley and Catskills Mountains north of New York City.

Gibson had dozens of Jewish summer camps in his district, and during his terms in office he assiduously courted the Orthodox vote. He set up an office in Sullivan County, and co-sponsored a bill in Congress to allow tax deductions for donations to non-public schools.

He came to Congress after a 24-year Army career that included four tours of duty in Iraq. He said his decision to step down was consistent with a promise to limit his time in office that he made when he first ran for his seat in 2010.