Israel Study: Most Israelis Think Politicians Out for Themselves
Israel 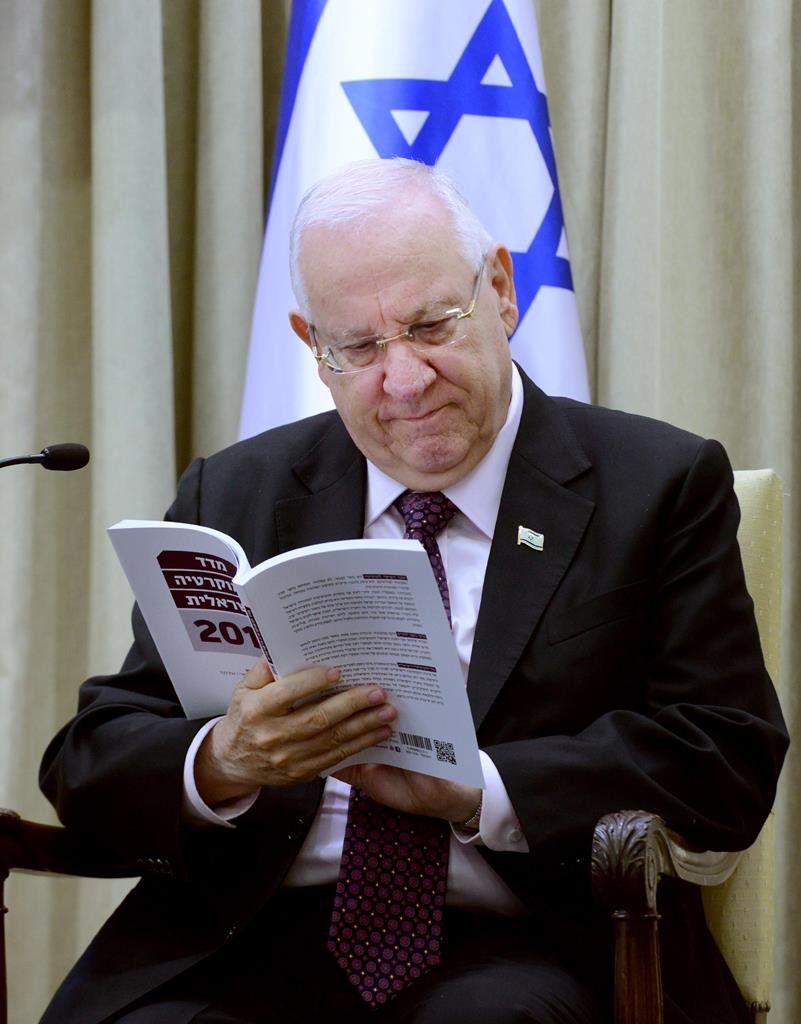 A new study has troubling data on the Israeli public’s lack of confidence in public officials.

The Israel Democracy Institute’s Democracy Index for 2014 found that 75% of the people think elected officials put their own interests ahead of the public, and over 40% believe the Israeli leadership is corrupt.

The report was presented to President Reuven Rivlin on Sunday.

He admitted he was “not surprised” by the results, and that the public attitude is understandable.

Regarding the allegedly predominating self-interestedness of Israeli politicians, Rivlin disagreed though.

“I do not believe this to be the case, but the fact that this is reflected as the experience of the public is serious, and needs addressing,” he said.

“Ultimately, when there is no faith in the system, the public feels it is unable to make a difference, or have an impact. And in truth, the Index shows that more than fifty percent of Israelis, from across the population, feel that regardless of who they vote for — it will make no difference.”

Rivlin warned that “the greatest danger in the upcoming elections is apathy and indifference. The absurdity is that the lowest voter turnout is in the periphery and the Arab sector — areas most in need of representation.

“The responsibility of rebuilding trust lies both with the political system and the public. The public cannot allow itself to indulge in the dangers of apathy, of which the only casualty would be the public itself.”

Referring to the early elections brought about by the collapse of the government coalition, he observed:

“It is true that we have had elections forced upon us, but accordingly, I call on the public to create a political reality in which the government will have not only the right, but the capacity to govern,” Rivlin said.