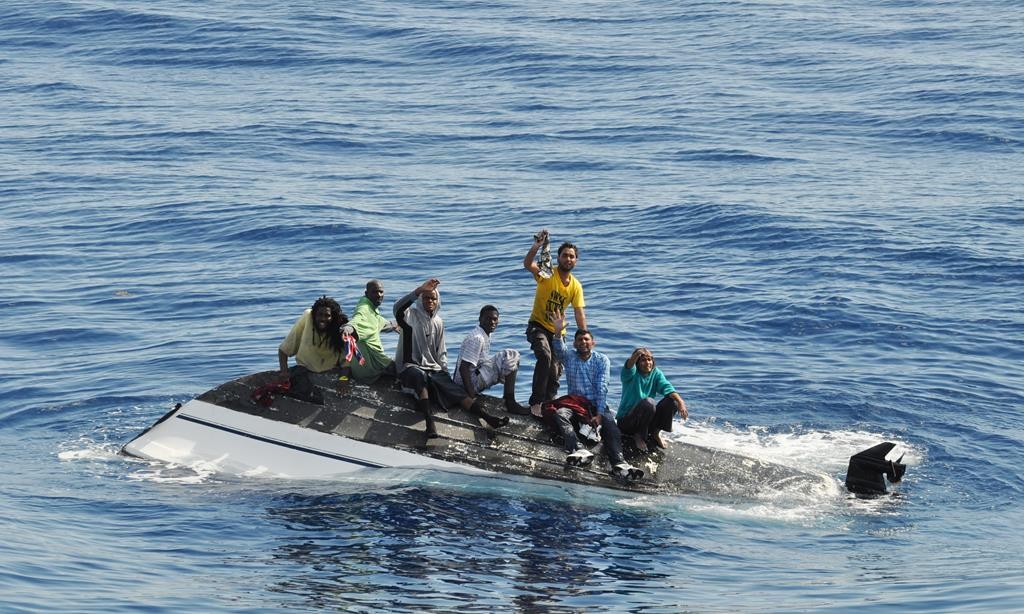 Just starting a five-year sentence for illegally re-entering the United States, George Lewis stared at the officers staring back at him at Miami’s federal detention center and considered whether he’d risk getting on another smuggler’s boat — a chance that soaring numbers of Caribbean islanders are taking — once he’s deported again.

U.S. authorities deported Lewis following a four-year sentence for a felony conviction in May 2013 to the Bahamas, where he was born but lived only briefly. His Haitian mother brought him to Miami as an infant, and though he always considered the U.S. home, he never became a legal resident.

Just five months after he was deported, he got on a Bahamian smuggler’s boat with over a dozen other people trying to sneak into Florida. It capsized and four Haitian women drowned. He and the others were rescued.

So would he dare make another attempt?

A recent spike in Cubans attempting to reach the United States by sea has generated headlines. But the numbers of Haitians and other Caribbean islanders making similar journeys are up even more. And while federal law grants legal residency to Cubans reaching U.S. soil, anyone else can be detained and deported.

That law, the so-called wet foot-dry foot policy, and Coast Guard operations related to migrants remain unchanged even as Cuban and U.S. leaders say they are restoring diplomatic relations after more than 50 years.

“The Coast Guard strongly discourages attempts to illegally enter the country by taking to the sea. These trips are extremely dangerous. Individuals located at sea may be returned to Cuba,” said Lt. Cmdr. Gabe Somma, spokesman for the Coast Guard’s 7th District in Miami.

According to the Coast Guard, in the fiscal year that ended Sept. 30, U.S. authorities captured, intercepted or chased away at least 5,585 Haitians, 3,940 Cubans and hundreds from the Dominican Republic and other Caribbean countries attempting to sneak into the country.

That’s at least 3,000 more migrants intercepted than in the previous fiscal year

It’s unclear why the numbers are jumping. Poverty and political repression have long caused Caribbean islanders to attempt the journey, and the outlook remains dismal for many. Coast Guard and U.S. immigration officials think another calm summer without many tropical storms and a recovering U.S. economy might have encouraged more to take to the sea. They also say the increased captures may reflect better law enforcement.