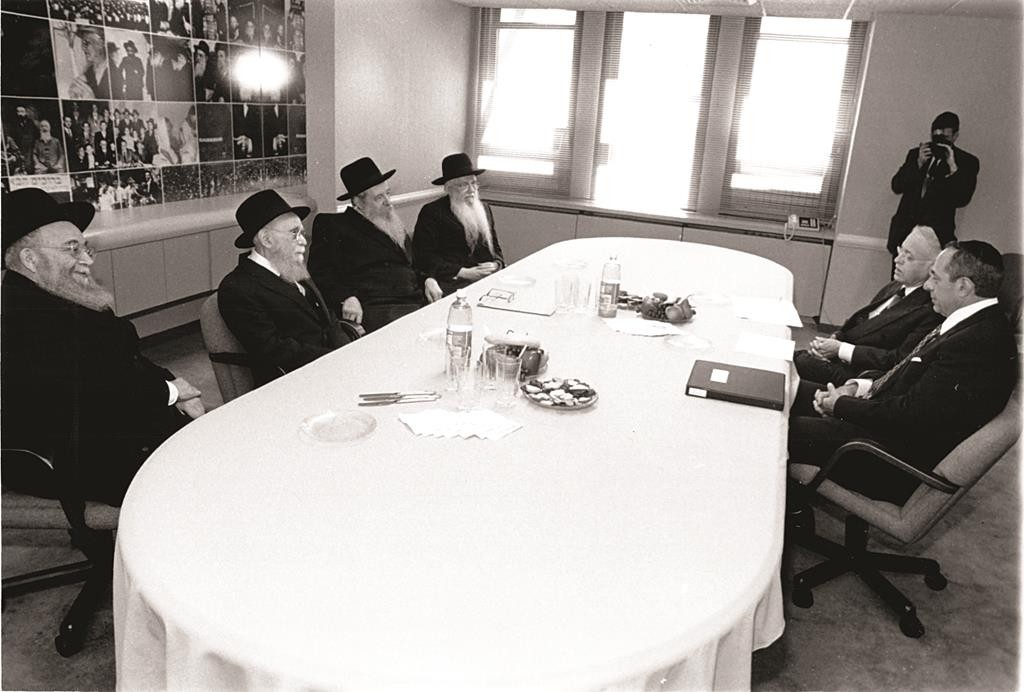 Former Gov. Mario Cuomo, who died Thursday, was a friend of the Orthodox community and had the “historic distinction” of being the highest elected official to personally appear before the Moetzes Gedolei HaTorah of Agudath Israel of America, the group said in a press release.

“Throughout his tenure … Cuomo enjoyed a close working relationship, and an especially warm personal relationship, with the late president of Agudath Israel, Rabbi Moshe Sherer,” Agudah said in a statement.

“Their relationship translated into a number of tangible benefits for the Orthodox Jewish community as a whole and for … individuals.”

“Governor Cuomo had the historic distinction of being the only high ranking American elected official ever to meet with Agudath Israel’s Moetzes Gedolei HaTorah,” the statement said. “His deep respect for the senior rabbis, and his willingness to engage them in dialogue on major issues of public policy, set him apart from his contemporaries in the political world.”

The Flatbush Jewish Community Coalition called Cuomo “a man of conviction who took great pride in his relationship with the Jewish community and sought ways to enhance and grow the friendship.”

Cuomo “demonstrated how a progressive politician could understand, respect and interact with faith-based communities such as ours,” the FJCC said. “The Orthodox Jewish community knew it had a friend and ally in the Governor’s mansion.