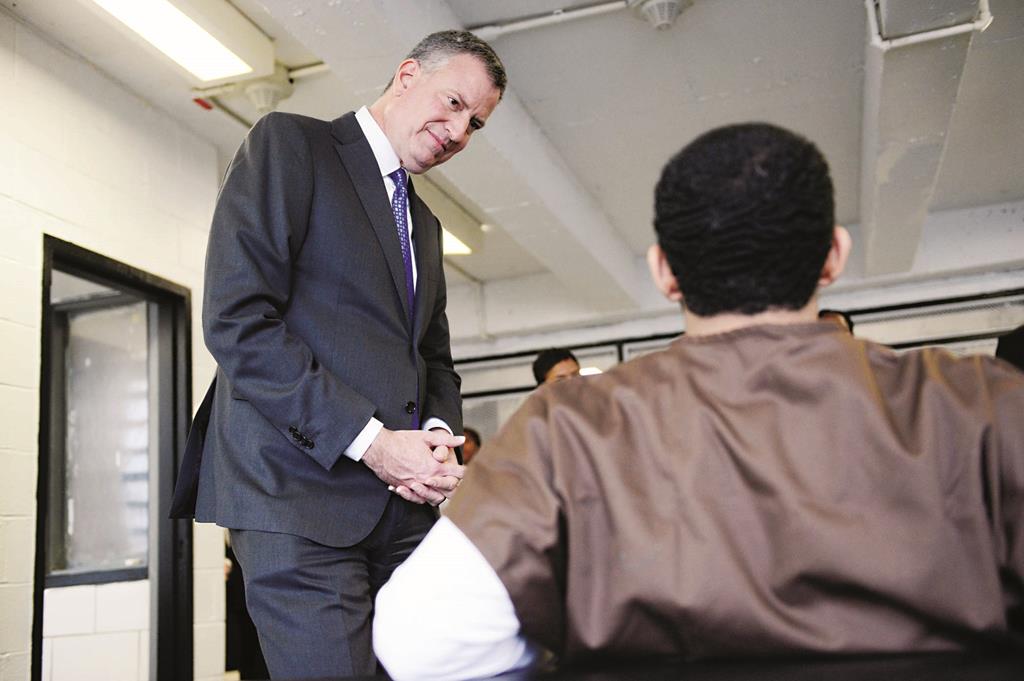 Federal prosecutors sued New York City on Thursday to speed the pace of reforms at the Rikers Island jail complex and address what a Justice Department investigation found was a “deep-seated culture of violence” toward young inmates.

The move comes a day after Mayor Bill de Blasio visited the 10-jail lockup to announce the end of solitary confinement for 16- and 17-year-old inmates, initiated after the 2 1/2-year federal probe released in August.

But that was just one of 73 recommendations made by federal prosecutors. In court papers, Attorney General Eric Holder and Manhattan U.S. Attorney Preet Bharara wrote that despite four months of negotiations with the city, federal prosecutors “have been unable to reach agreement as to lasting, verifiable, and enforceable reforms.”

The lawsuit seeks a court-enforceable consent decree issued by a judge to ensure the reforms take place and notes that the city has now agreed to such intervention.

“We are beginning to unwind the decades of neglect that have led to unacceptable levels of violence on Rikers Island,” she said.

Bharara’s lawsuit seeks immediate cultural change at Rikers. The culture described in the complaint is one in which jail guards will yell “stop resisting” when beating an inmate, use abusive language to provoke inmate fights and intimidate inmates into not reporting beatings by pressuring them to “hold it down.”