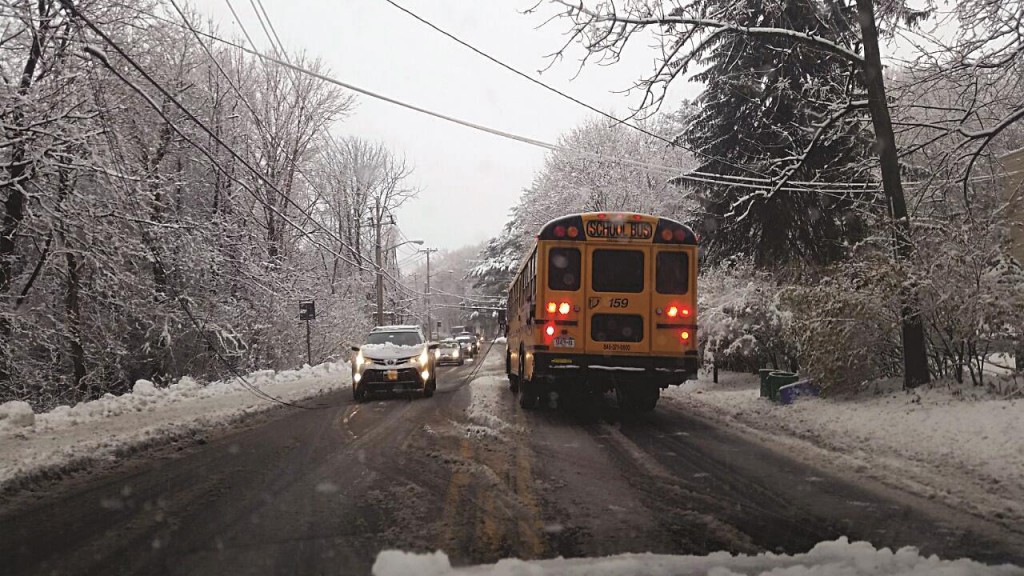 A sloppy mix of rain and snow rolled into the Northeast on Wednesday just as millions of Americans began the biggest travel day of the year, grounding hundreds of flights and turning highways hazardous along the congested Washington-to-Boston corridor.

By early afternoon, more than 600 flights had been canceled, the bulk of them in the Northeast. Thousands of flight delays were also expected as the snow from the nor’easter piled up.

Some travelers tried to change their plans and catch earlier flights to beat the storm, and major airlines waived their re-booking fees. But most planes were already filled.

In New Jersey, Gov. Chris Christie declared a state of emergency as snow and freezing rain made for a sloppy commute. The northwest corner of the state had 7.5 inches of snowfall and is forecast to get a foot or more of snow.