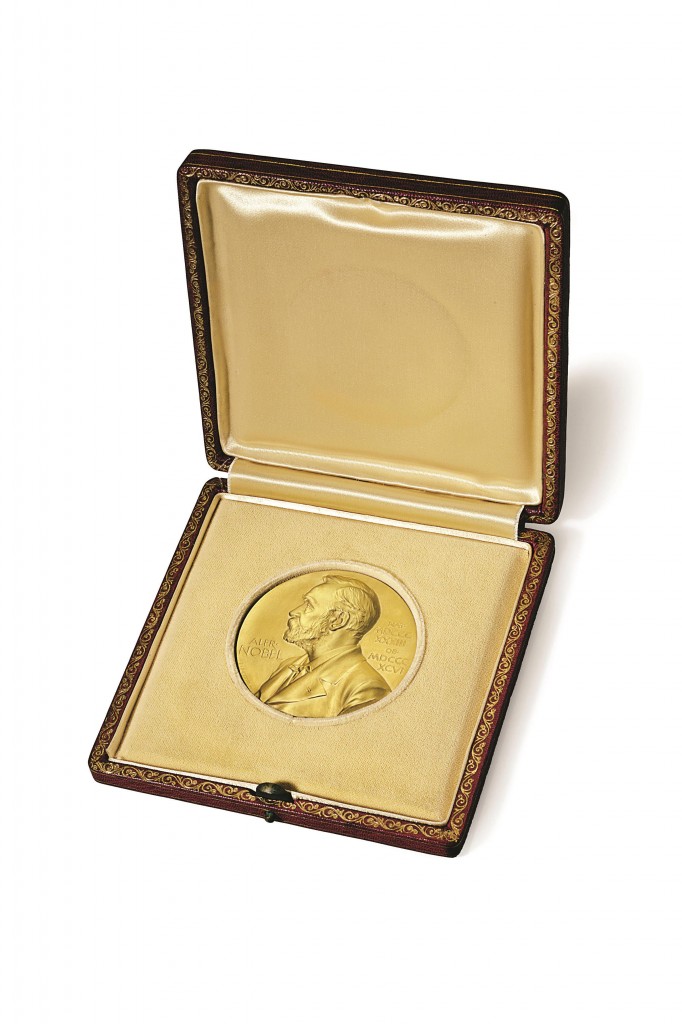 The 1962 Nobel Prize James Watson won for his role in the discovery of the structure of DNA is going on the auction block.

Christie’s says the gold medal could bring $2.5 million to $3.5 million on Dec. 4 for the first Nobel medal to be offered at auction by a living recipient.

Watson made the 1953 discovery with Francis Crick and Maurice Wilkins.

The auction also includes several Watson papers. Handwritten notes for his acceptance speech are estimated at $300,000 to $400,000.